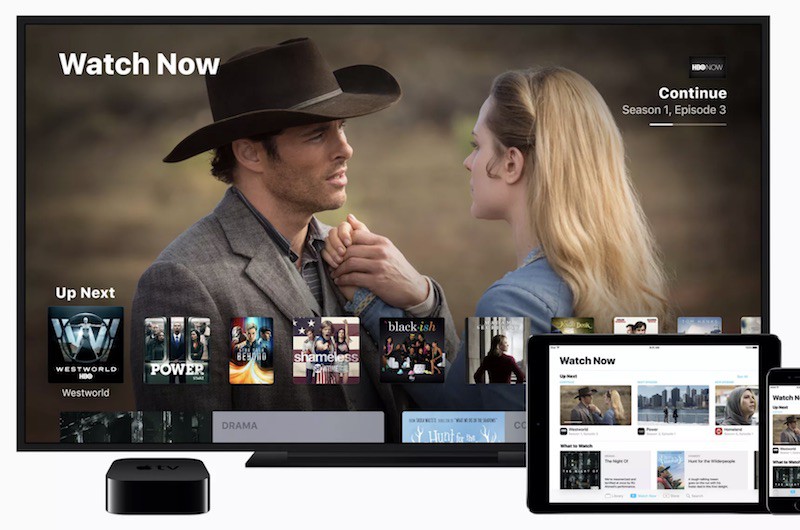 Twerdahl has been in charge of Fire TV since 2013, overseeing two generations of the product and its rise as one of the more popular internet-connected set-top boxes. At Apple, Twerdahl will report to Greg Joswiak, VP of iOS and iPhone Product Marketing.

The move will allow Pete Distad, the former head of Apple TV product marketing, to concentrate on helping Apple land content deals, which are headed by Eddy Cue. Before joining Apple in 2013, Distad was senior vice president of content distribution at Hulu.

Having Distad join content negotiations is intended to shore up content for Apple TV, according to Bloomberg, as efforts to secure exclusive content deals for Apple TV have stalled in the past due to failed negotiations.

With the fourth-generation Apple TV, Apple was originally aiming to provide a full a la carte television service that could replace traditional cable and satellite packages, similar to Sony's PlayStation Vue service. However, Apple unsurprisingly saw pushback from both content and cable companies after using negotiating tactics described as "assertive" and "hard-nosed," declining to back down from the terms the company wanted. Apple scaled back its TV ambitions in the past couple of years, though it considered both a slimmed-down subscription service and purchasing Time Warner.

In addition to leading product marketing for the Fire TV, Twerdahl was also the senior director of internet TV at Netflix and a vice president of consumer devices at Roku, according to his LinkedIn.

Lancetx
Nobody could possibly do any worse than Eddy Cue has, so there's that...
Score: 20 Votes (Like | Disagree)

Chupa Chupa
Next Apple will hire Amazon's Alexa manager to make Siri usable. Does Apple not have anyone internally anymore or all they all too busy designing Christmas exhibits, attending award ceremonies, and touring furniture manufacturers?
Score: 14 Votes (Like | Disagree)

(Before you reply, just because you don't own a 4K HDR TV doesn't mean others don't.)
Score: 11 Votes (Like | Disagree)

Naraxus
You generally have to have a product before you can market anything
Score: 10 Votes (Like | Disagree)

RogerWilco
Ive is refining the design. The next gen :apple:tv will be an alyouminium sphere with a diameter of precisely 100 mm. There will be no connector ports or indicators of any kind and it will sit in a alyouminium charging bowl. Accessory wax fruit apples, bananas and grapes will be available to complete the set. It still won't support 4K, but Tim Cook says stay tuned...
Score: 10 Votes (Like | Disagree)
Read All Comments