Designed for the fourth-generation Apple TV, the second tvOS 10.2 beta can be obtained by connecting the Apple TV to a computer with a USB-C to USB-A cable, downloading and installing the software from a registered developer account via iTunes or Apple Configurator. Once a profile is installed, subsequent betas can be downloaded over the air.

Given the tricky installation requirements, tvOS betas are limited to developers and will not be provided to the public. 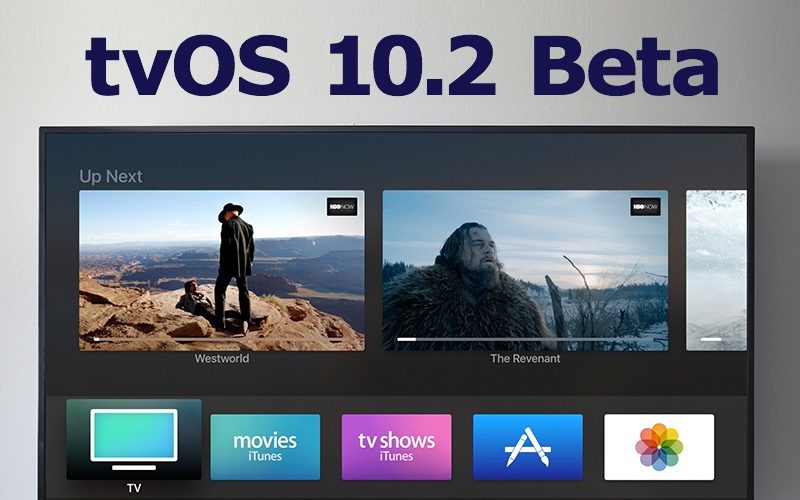 According to Apple's release notes, tvOS 10.2 introduces improved scrolling behavior, allowing tvOS users to scroll through large lists of information more quickly. A large swipe on the Siri remote automatically activates the new scrolling mode, and a swipe on the far right side of the remote allows users to navigate specific indexes.

It's likely there are other small feature tweaks and bug fixes included in tvOS 10.2, even though additional changes have not been specifically outlined by Apple. We'll update this post should any new content be found in the second tvOS 10.2 beta.

I really don't like that in that latest release, they changed the TV button functionality on the remote to go to the TV app instead of the home screen. Let us have control over this, please!

Any chance background app refresh will make it onto tvOS?


This is overdue & needed.
Rating: 2 Votes

d21mike
This second beta solved a problem I was having with HBO Go created in beta 1. I was unable to navigate the menu bar which goes from top to bottom on the left side of the screen. Works now as normal.
Rating: 1 Votes

BeefCake 15
Any chance background app refresh will make it onto tvOS?
Rating: 1 Votes