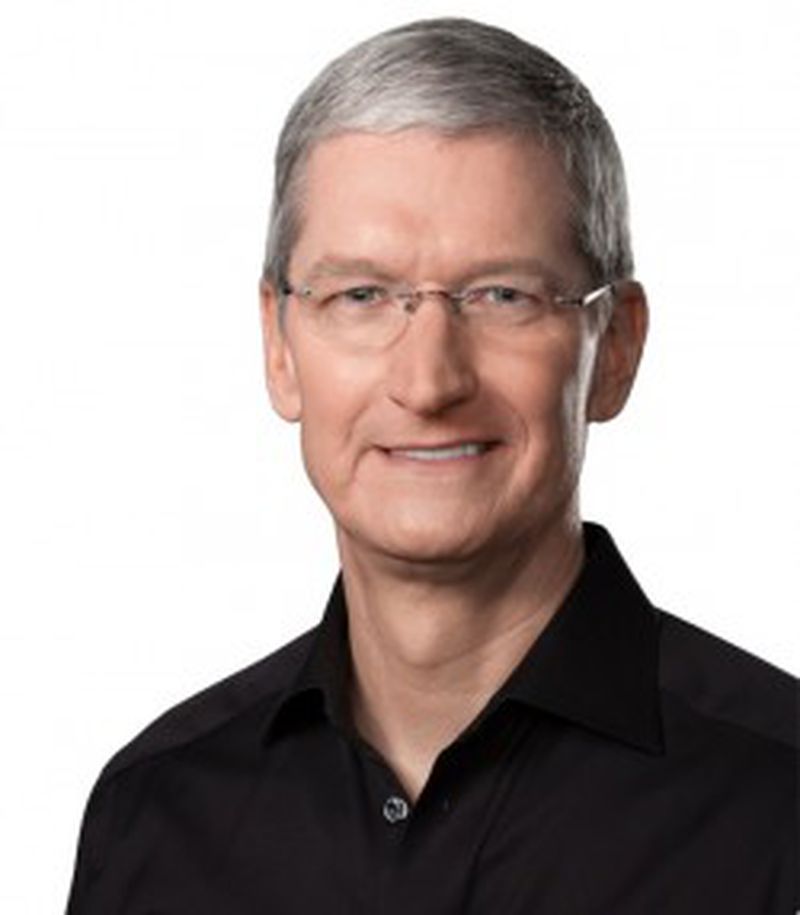 Apple CEO Tim Cook will receive an honorary degree from the University of Glasgow on February 8 at 6:00 p.m. local time, as spotted by 9to5Mac. Following the ceremony, there will be a "Fireside Chat" and Q&A session.

Tim Cook is the CEO of Apple. As CEO, he has led the introduction of innovative new products and services including iPhone 7 and iPhone 7 Plus, iPad Pro, and Apple Watch. He is leading a companywide effort to use 100 percent renewable energy at all Apple facilities, has encouraged his co-workers to give to charitable organisations in their community and started a generous program at Apple to match employee donations.

In 2015, he ranked #1 on Fortune’s World’s Greatest Leaders list, and received both the Ripple of Hope award from the Robert F. Kennedy Center for Justice & Human Rights and the Visibility Award from the Human Rights Campaign. Apple has ranked #1 on Fortune’s World’s Most Admired Companies for the past nine years, including each year Mr. Cook has been CEO. Before being named CEO in 2011, Mr. Cook was Apple’s chief operating officer, responsible for all the company’s worldwide sales and operations.

The free sold-out event is open to staff and students of the University of Glasgow only. The ceremony will take place at Bute Hall on the university's campus. More details are available on ticketing website Eventbrite.

Yesterday, Cook was named the recipient of the Newseum 2017 Free Expression Award in the Free Speech category.

PortableLover
Hopefully someone asks about the Mac Pro in the Q&A
Rating: 16 Votes

Why not honor someone worth honoring. Tim is rich, he doesn't need honors. The only honor he deserves is the "does everything the same every year" award.

He has an intern pen a letter and throw an MLK quote in....that is all it takes to be the "hero".
Rating: 16 Votes

So the fact that he's become the C.E.O, does so much for charity and has grown Apple over the last 5 years, isn't worth honouring? Ok your entitled to your opinion but I disagree!

So the fact that he's become the C.E.O, does so much for charity and has grown Apple over the last 5 years, isn't worth honouring? Ok your entitled to your opinion but I disagree!


He's honoured by those multi-million dollar pay cheques and stock options and the knowledge he gets to work for and has some influence over a generally respected and profitable company. Is that not enough?

I don't care who it is, the concept of honourary degrees is rather silly and accepting them is kind of vulgar and vain.

I said the same thing when Jonny got his honourary degree(s).
Rating: 10 Votes

robinp
Sold out free event?! Wtf. Maybe 'fully booked' or one of many other ways to describe there being no space might read better!
Rating: 8 Votes

Mac Fly (film)
That's a handy way to meet up with Tim. Must setup a uni to give honorary degree to Spielberg myself.
Rating: 7 Votes

So because he didn't have a degree, Steve a Jobs was more worthy of the hon degree? So what about those of us who have multiple degrees, does that make us any less worthy of having more than 1. Personally I don't have a problem with Tim Cook, I've said it before he's done great for Apple, it's not the same Apple as it was under Steve Jobs and that's a good thing. But each to their own I guess.


A degree is only as good as what you achieve from it. If one has multiple degrees, they either chose to out of self development or because their career path required it.

Jobs's legacy has only strengthened because he actually understood the role of product design. He was forthright and unashamedly blunt. Apple as a brand was more attractive because it was rebellious, like Jobs himself.

But under android Tim Cook, the company has become the political correctness brigade and feels the need to take a stance on anything topical; even taking its self-righteousness to an unprecedented level. If the product has a flaw, it's the customer's fault. If critics question their motives; "The strongest product pipeline we've ever had"... "The best products we've ever shipped"... "We're laser focused"... Lol. Right.

And then there's the numbers. Apple has made significant financial gains under Cook, but this isn't a sensible way to measure the strength of the company. They should focus on doing fewer things better rather than a lot of things worse.
Rating: 7 Votes

Why not honor someone worth honoring. Tim is rich, he doesn't need honors. The only honor he deserves is the "does everything the same every year" award.

He has an intern pen a letter and throw an MLK quote in....that is all it takes to be the "hero".


So the fact that he's become the C.E.O, does so much for charity and has grown Apple over the last 5 years, isn't worth honouring? Ok your entitled to your opinion but I disagree!
Rating: 5 Votes

simonmet
Same as the government honours, mostly go to rich and famous who already, by virtue of their success, have everything.

Take that tennis player Andy Murray. It's not enough that he's rich from the spoils of winning grand slams and being number 1, he has to get a knighthood too because, just cause!

I mean. It's not like he's cured any diseases or anything.

Sorry to single him out, just highlights my point.
Rating: 5 Votes
[ Read All Comments ]