With Single sign-on, HBO customers will no longer need to enter their cable credentials separately when logging in to the HBO GO app. Instead, the app will use universal credentials that are stored by Apple. HBO GO is also now available in the TV app, with full support for "Watch Next" tracking functionality.

Single sign-on, introduced in December, is one of the first steps Apple has made towards streamlining the television watching experience on the Apple TV and iOS devices. It's designed to allow all cable subscribers to sign in once with their cable credentials to gain access to all cable-restricted content available within apps.

Single sign-on is limited to the United States and requires both service providers and app developers to implement support for the feature. Along with HBO, more than 20 popular television apps support the Single sign-on, with a full list available via a Single sign-on support document.

Not all cable providers are offering support for Single sign-on yet, so the feature is limited to Cable ONE, CenturyLink Prism, DIRECTV, Dish, GVTC, GTA, Hawaiian Telcom, Hotwire, MetroCast, Service Electric, and Sling TV.

While this is nice for Americans, using AppleTv with other providers around the world is still very much useless.

Don't feel bad, the biggest ISPs in the US are not enrolled in that program (i.e. Comcast). It's useless for majority of US customers too.
Score: 10 Votes (Like | Disagree)

Don't feel bad, the biggest ISPs in the US are not enrolled in that program (i.e. Comcast). It's useless for majority of US customers too.

Still waiting for AT&T Uverse to get with the single sign on..... 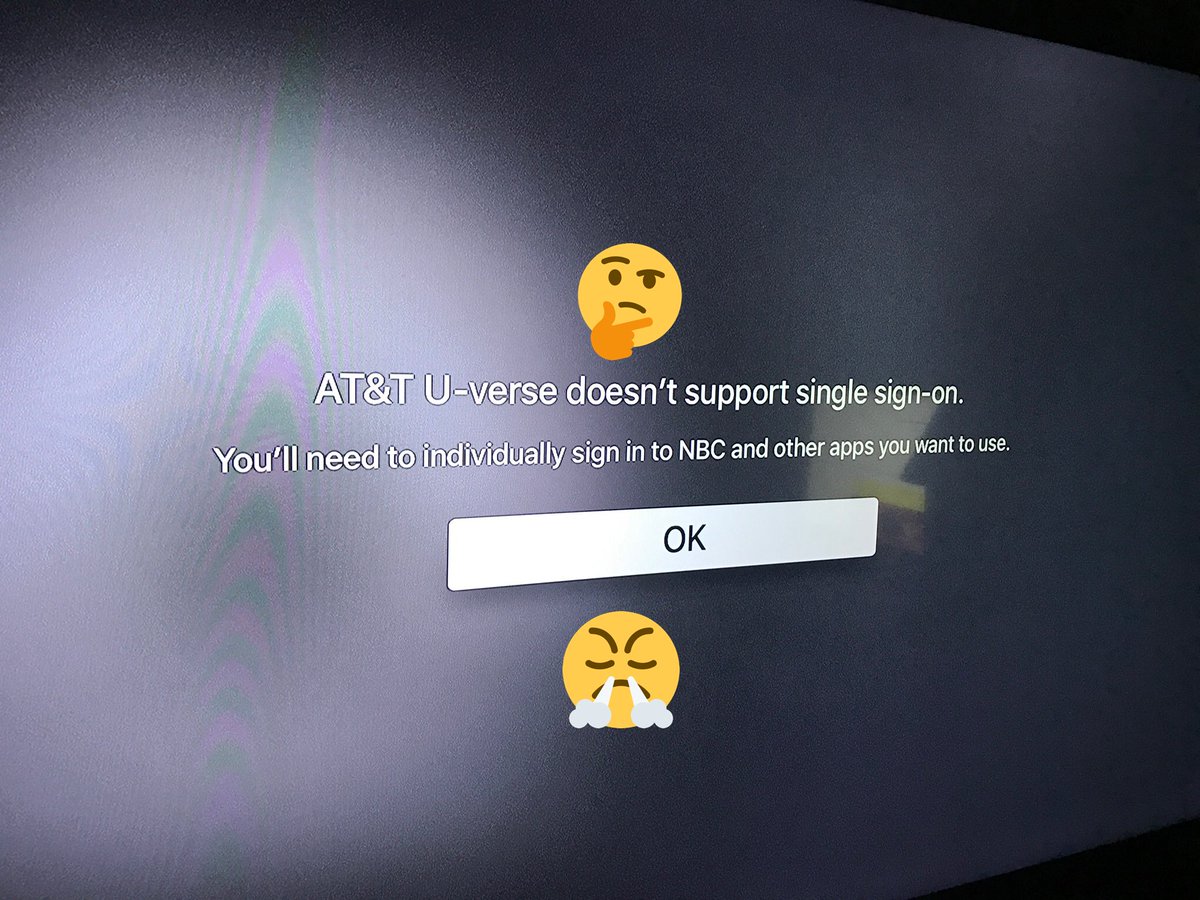 redscull
Directv Now needs to get on board with technology.
Score: 5 Votes (Like | Disagree)

avanpelt
Until it supports DIRECTV Now, I can't use single sign-on for HBO GO. C'mon, Apple and AT&T, make it happen!

Thankfully, AT&T finally seems to be working out the bugs with DIRECTV Now. I haven't seen a QP1501 or QP1502 error for a week or more. It's looking more and more like we'll keep the service. I'm sure once they add DVR capability, it will be a $10 or $15 per month add-on for people who got the special introductory pricing. Even with an extra charge for DVR, it will almost certainly be far less expensive than the $90/month we pay for standard DIRECTV service currently. Plus, DIRECTV Now has more channels I want to watch and less garbage I couldn't care less about compared to our standard DIRECTV service.
Score: 3 Votes (Like | Disagree)

Still waiting for AT&T Uverse to get with the single sign on.....

It would be nice if those emojis were actually added to that error page on the Apple TV. :D
Score: 2 Votes (Like | Disagree)

Gee. Before the single sign on, I had to individually sign on to every app. Guess what, I survived. I'm sorry to hear that it is such a difficult task that you would rather not use Apple TV then go through that horrific burden of signing on.

You misunderstood me, there are no TV apps from any local providers here in the Netherlands yet they have on Android/on a PC and other hardware.
It's got nothing to do with single sign on, I don't even have a TV App.
Score: 2 Votes (Like | Disagree)
Read All Comments