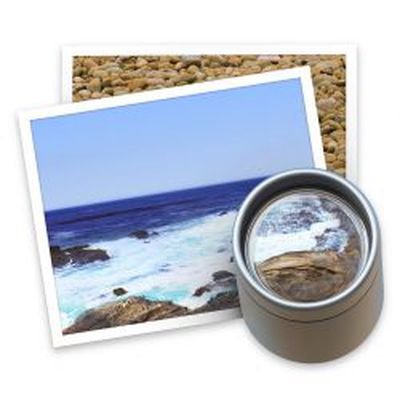 Mac users running macOS Sierra 10.12.2 are being urged to avoid using Preview to edit PDFs until Apple fixes several bugs in the app that can cause corruption issues in the document format.

The recommendation comes from TidBITS publisher Adam Engst. Writing on the online Apple newsletter website, Engst backs up fellow developer Craig Landrup's claim that Apple's decision to rewrite the PDFKit framework for macOS 10.12 has broken basic functionality that PDF-related developers rely on, such as compatibility with ScanSnap and Doxie scanners.

It pains me to say this, speaking as the co-author of "Take Control of Preview," but I have to recommend that Sierra users avoid using Preview to edit PDF documents until Apple fixes these bugs. If editing a PDF in Preview in unavoidable, be sure to work only on a copy of the file and retain the original in case editing introduces corruption of any sort.

As to why issues have arisen in Apple's native Preview application, Engst quotes approvingly the DEVONthink developer Christian Grunenberg, who characterizes the rewritten version of PDFKit in Sierra as a "work in progress":

Apple wants to use a common foundation for both iOS and macOS. However, it was released way too early, and for the first time (at least in my experience) Apple deprecated several features without caring about compatibility. And to make things worse, lots of former features are now broken or not implemented at all, meaning that we had to add lots of workarounds or implement stuff on our own. And there’s still work left to be done.

10.12.2 introduces new issues (it seems that Apple wants to fix at least the broken compatibility now) and of course fixed almost none of the other issues. It’s not only DEVONthink — a lot of other applications (such as EndNote, Skim, Bookends, and EagleFiler) are also affected.

Apple previously removed functionality in its iWork suite for Mac to conform with iOS, but re-introduced most of the missing features in a later version. Whether Apple plans to do the same with an update to Preview is still unclear. Meanwhile, until Apple fixes the issues with the native Mac app, Engst recommends Smile's PDFpen as an alternative for PDF manipulation of all sorts, with Adobe’s Acrobat DC being a more expensive option.

MakeAppleAwesomeAgain
They really don't give a **** about macOS anymore. I think they even won't make any major upgrades in the near feature. They changed the name so it feels right with the other products, copied everything from iOS that makes you stick to iCloud and that's it. What was the last time you were really impressed by a new macOS feature? Now even those features start to become buggy and non-working.
Score: 34 Votes (Like | Disagree)

dysamoria
No, Apple did NOT put the missing features back into the iWork suite. Correct your article!!!

Also, this is another example of Mac OS suffering for the benefit of the iOS roadmap. Apple need to get their collective heads out of their leadership's asses.

They really don't give a **** about macOS anymore. I think they even won't make any major upgrades in the near feature. They changed the name so it feels right with the other products, copied everything from iOS that makes you stick to iCloud and that's it. What was the last time you were really impressed by a new macOS feature? Now even those features start to become buggy and non-working.

Give them a break!! I mean, they've got both developers working on it.
Score: 20 Votes (Like | Disagree)

They really don't give a **** about macOS anymore. I think they even won't make any major upgrades in the near feature. They changed the name so it feels right with the other products, copied everything from iOS that makes you stick to iCloud and that's it. What was the last time you were really impressed by a new macOS feature? Now even those features start to become buggy and non-working.

I've stopped at El Capitan for the time being. I have very little invested in cloud services, and sadly nothing else Sierra offers interests me.
Score: 18 Votes (Like | Disagree)

This is a very minor issue and will be fixed as has been said elsewhere. There is nothing to worry about here.

Corrupt PDF forms filled out in an education or business environment doesn't seem minor to me, actually seems catastrophic.
Score: 15 Votes (Like | Disagree)

Sandstorm
As a previous 10 year Mac user I'm more and more happy every day that I recently ditched Mac and switched to Windows 10. Not everything is perfect (of course), but many things are really awesome and I definitely don't get the constant feeling of being on a dying, neglected platform.

My shiny new iPhone 7+ is probably my last Apple product. Because Mac was THE central Apple product for me. Without it I have no reason to sick with the pathetic, greedy and lazy Apple anymore. I might stick with iPhone, but because I'm definitely dumping all Apple apps/services - I'll stick around ONLY if iOS 11 allows to choose default apps from other superior companies. If not - good bye. Yes, I know, I won't let the door hit me.
Score: 14 Votes (Like | Disagree)
Read All Comments