Apple has announced its Northshore retail store in Peabody, Massachusetts, an outer suburb of Boston, will be relocating to MarketStreet, an open-air shopping and entertainment center in nearby Lynnfield, Massachusetts.

The new location will be open starting Saturday, January 28, which is presumably around the time when Apple Northshore will permanently close. No exact time was specified, but 10:00 a.m. local time is typical for Apple Store grand openings. 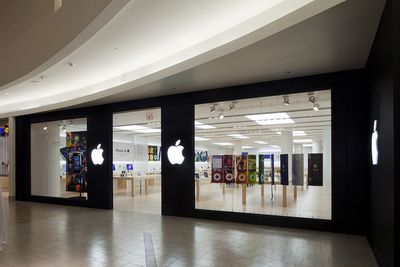 MarketStreet Lynnfield is located approximately 5 miles from Northshore Mall, where Apple's current store in the North Shore region of Massachusetts is located. Apple Northshore opened on September 1, 2001 as only the company's sixth retail store overall, retaining its classic black facade with two Apple logos for over 15 years.

Only four other Apple Stores remain with the classic storefront design:

Apple currently has 490 retail stores worldwide after its latest location at Qibao in Shanghai opened on December 10.

fs454
This is amazing - North Shore is my main Apple Store at home, but I live walking distance from its new location. Dope dope dope.
Score: 4 Votes (Like | Disagree)

So they're moving from inside the mall to someplace outside?

That seems like a poor choice to me... several months of the year people don't want to be outside. During those months you won't get anyone stopping by just looking around... then again, maybe Apple is large enough at this point that they no longer need to be in malls just to spread brand awareness.

You'd be shocked - Market Street is crushing North Shore in traffic over the past couple years, even with freezing temps.
Score: 4 Votes (Like | Disagree)

lazyrighteye
Was just in the Apple Cherry Creek (Denver) this afternoon. On the way in, my 2 1/2-yr old daughter wanted to touch the big Apple logo. Had no idea we were touching one of the last of the original store fronts?
Score: 2 Votes (Like | Disagree)

Wayfarer
Outrageous! Steve never would have done this. Surely it takes A LOT of courage.
Score: 1 Votes (Like | Disagree)

I don't know about this particular one, but aren't malls in general losing popularity with customers? Maybe Apple has already noticed a decline in business there, or their projections indicate that the place will lose popularity in the near future.

For several years, the Northshore mall has felt like it's in decline. It's worn out. It's a place you go because you have to, not because you want to. The Apple Store is one of the few bright spots. We've been expecting Sears or JC Penney (or both) to call it quits right after the Christmas rush for a few years. The whole mall seems to be getting more low-end stores.

I've never set foot in the Market Street area, but it's new and people say it's more up-market. Apple will probably fit in just fine.

Traffic around the Northshore mall is terrible; it only awful around Market Street.

The new store will be about 15 minutes closer to Salem, NH than the old store. The (declining, unpleasant) Rockingham Mall in Salem has an Apple store, and there's no sales tax in New Hampshire.
Score: 1 Votes (Like | Disagree)

ArtOfWarfare
So they're moving from inside the mall to someplace outside?

That seems like a poor choice to me... several months of the year people don't want to be outside. During those months you won't get anyone stopping by just looking around... then again, maybe Apple is large enough at this point that they no longer need to be in malls just to spread brand awareness.
Score: 1 Votes (Like | Disagree)
Read All Comments