Apple CEO Tim Cook: ‘We Have Great Desktops in Our Roadmap'

In a post to an employee message board obtained by TechCrunch, Apple CEO Tim Cook assured employees that the company is still committed to the Mac and that "great desktops" are coming. Apple's desktop computers haven't seen an upgrade in at least 433 days. 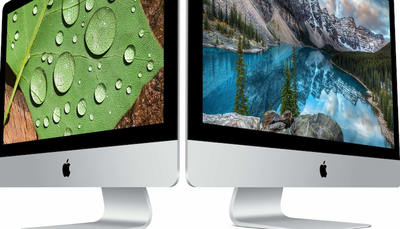 Some folks in the media have raised the question about whether we’re committed to desktops,” Cook wrote. “If there’s any doubt about that with our teams, let me be very clear: we have great desktops in our roadmap. Nobody should worry about that.”

Cook says that the desktop is "very strategic" to Apple because the performance desktops can provide is "really important" to a lot of people and "critical" for some people. He says the current iMac is the best desktop Apple's ever made and its 5K display is the best desktop display in the world.

In regards to its future roadmap and how Apple employees can help push the company forward, Cook says that "you can rarely see precisely where you want to go from the beginning." Instead, Cook argues that "pulling strings" to see what's coming next is one of Apple's strengths, noting that the creation of Apple Watch led to the creation of ResearchKit, which lead to the creation of CareKit. Cook concludes the post by saying the company doesn't do things for a return on investment, it explores new things because it's exciting and might lead somewhere.

The lack of refreshed Mac hardware can be attributed to a combination of Apple waiting on chipmakers and suppliers to ship their new products and the Cupertino Company's renewed focus on iPad.

preetb
Poor Tim has run out of Steve's ideas.
Score: 137 Votes (Like | Disagree)

bladerunner2000
They need to fix the following:

* Don't rip people off with garbage components (AMD mobile GPUs in desktops? LOL)
* Fix the miserable airflow which causes the iMacs CPU to run extremely hot at the expense of USELESS thinness and then get away with false advertising claiming "4ghz speed!!!!" while having to downthrottle because of said heating issues
* Not sell a Mac Pro with last years tech and next years prices with ZERO available upgrades for GPUs
Score: 122 Votes (Like | Disagree)

aussiephil
'Doesn't do things for a return on investment' - is that why an iPhone cable is $25..
Score: 73 Votes (Like | Disagree)
Read All Comments

Friday July 30, 2021 9:04 am PDT by Sami Fathi
Tesla CEO Elon Musk reportedly once demanded that he be made Apple CEO in a brief discussion of a potential acquisition with Apple's current CEO, Tim Cook. The claim comes in a new book titled "Power Play: Tesla, Elon Musk and the Bet of the Century," as reviewed by The Los Angeles Times. According to the book, during a 2016 phone call between Musk and Cook that touched on the possibility of ...
Read Full Article • 263 comments