A small but growing number of users have reported issues using the "three finger drag" gesture on the new MacBook Pro's trackpad. 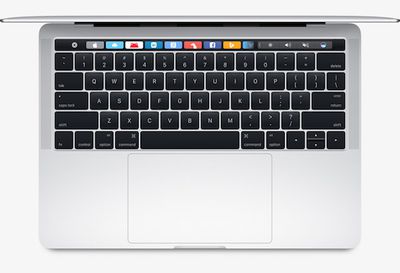 Affected users say the gesture either works only intermittently or does not work whatsoever on both 13-inch and 15-inch late 2016 models.

MacRumors reader Luke said the three finger drag gesture does not work in the upper left side of his MacBook Pro's trackpad.

I have the new 15-inch MacBook Pro with Touch Bar, and it seems there is an issue with the trackpad. Although it is enabled, the three-finger drag feature doesn't work in the upper left side of the track pad. It's most bizarre.

Some users have speculated the trackpad's palm rejection feature could be to blame, particularly since the gesture appears to be buggiest along the edges.

A handful of topics have been posted about the issue on the MacRumors discussion forums (1, 2, 3, 4) and Apple Support Communities over the past few weeks.

With the 13-inch MacBook Pro, I switched to three finger drag, and the palm rejection kind of gets in the way. If you go from typing to try and drag a window, you have to hit the center of the trackpad with your finger tips, or it doesn't register.

I always enable 3 finger drag. Ever since OS X 10.11, Apple tucked that feature away under Accessibility. I turned it on as usual and I am finding that it does not always move the windows as intended.

Just bought a 2016 15" MacBook Pro and I am having an issue with the 3 finger drag. Since enabling the gesture, it works about 50-60% of the time. It's strange because it works at times on one window, and not others, and sometimes not at all.

"Three finger drag" is a Multi-Touch gesture supported on both traditional and Force Touch trackpads on many MacBook Pro models. It lets you use three fingers to move the active window on your screen without clicking.

On OS X Yosemite and later, the gesture can be toggled on by clicking on System Preferences > Accessibility > Mouse & Trackpad > Trackpad Options > Enable Dragging. Select "three finger drag" from the dropdown menu and check off the box.

Apple does not appear to have publicly acknowledged the issue, while it remains unclear if the issue is software or hardware related. If related to software, the issue will likely be addressed in a future macOS Sierra update.

yesjam
Has there been a single Apple product in recent memory with this many software-hardware integration problems?
Score: 36 Votes (Like | Disagree)

DrumApple
Cancelled my order yesterday and feels like a weight has been lifted off my shoulders, I'll be skipping this generation. Too many issues all around. Sad times.
Score: 34 Votes (Like | Disagree)

can't wait for all the comments from those who don't own said laptops.

Some people don't have to eat poop to know it sucks. But I guess some people are different.
Score: 21 Votes (Like | Disagree)

How many threads are you going to post the same comment before realizing the "common thread" in all the threads is bugs/issues from Apple? At some point, it's going to dawn on you that maybe, just maybe the MBP is a bit buggy.

To be fair, release buggy-fix later is modus operandi for tech from any company these days. It's not just Apple. But to constantly apologize for, and be accepting of buggy releases only encourages companies to continue doing business as is.

If you were to complain that early adopters should quit batching because they know that the price of early adoption is buggy hardware/software I'd get behind that idea all day every day. But that "it's minor" meme you got going is pretty sad. Think of it like this. Each bug is a nickel. If I hit you with one, it's a minor annoyance. If I put a bunch of them in a sock (MBP) and hit you with them, you're going to be pissed... and most likely concussed, but pissed nonetheless... that is if the retrograde amnesia doesn't set in. If it does, I'll just tell you that you fell and bumped your head. Wait, where was I?

Oh yeah, please get some new material for the next inevitable bug.:D:p
Score: 19 Votes (Like | Disagree)

zorinlynx
I really feel like buying a refurb 2015 model now. At least then I'll have a trouble free Macbook Pro for 4-5 years until we get past this crappy generation.

Of course there's no certainty that Apple will start doing things better eventually, but.. it puts off the pain.
Score: 18 Votes (Like | Disagree)
Read All Comments