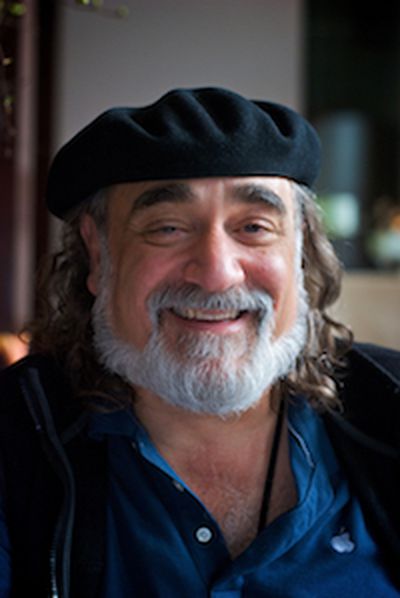 Apple has eliminated the Product Manager of Automated Technologies role, ending Sal Soghoian's employment with the company. Soghoian revealed the news at the MacTech Conference in Los Angeles, according to Mac Observer. He also posted about the news on his website, which is dedicated to the user automation community.

Q. I hear you no longer work for Apple; is that true?

A. Correct. I joined Apple in January of 1997, almost twenty years ago, because of my profound belief that “the power of the computer should reside in the hands of the one using it.” That credo remains my truth to this day. Recently, I was informed that my position as Product Manager of Automation Technologies was eliminated for business reasons. Consequently, I am no longer employed by Apple Inc. But, I still believe my credo to be as true today as ever.

Soghoian was responsible for advancing a number of automation technologies for Apple, including UNIX CLI, Apple Events, JavaScript, AppleScript, Automator, Apple Configurator, scripting support for Photos, iWork, Finder, Mail and other Apple programs as well as Master for iTunes tools and Dictation Commands.

Since Apple eliminated the position, it's unclear what the move means for the future of automation technologies in macOS. Soghoian says the best thing to do for those concerned is to direct any questions or concerns to Apple.

If user automation technologies are important to you, then now is the time for all good men and women to reach out, speak up and ask questions. The macOS user automation technologies include: UNIX CLI (shell, python, ruby, perl), System Services, Apple Events (JavaScript, AppleScript, AppleScriptObj-C, Scripting Bridge), Automator, Apple Configurator (AppleScript, Automator), and Application scripting support in Photos, iWork, Finder, Mail, and other Apple applications.

Starting on December 1, Soghoian says he will begin considering opportunities and is available for consulting for user automation services. He also says he's optimistic about the future of user automation. "I've seen the benefits and power of individuals being able to automate critical and repetitive tasks," he wrote on his website. "Solution apps are great, emojis are fun, but there's nothing like really great automation tools."

Correction: Original version of this story said that the MacTech Conference took place in San Francisco. It did not, it took place in Los Angeles.

Rigby
OK, now I'm starting to panic about the future direction of macOS. Things like the shell and AppleScript are crucial for me and a key reason why I prefer the Mac. Is this the beginning of the end? Will they turn it into another version of iOS now? :confused:
Score: 43 Votes (Like | Disagree)

Cwolk
He's held an important position at Apple since 1997, but his position gets eliminated and he just gets fired?
Score: 41 Votes (Like | Disagree)

now i see it
Another day, another Cupertinoian red flag. It's like watching the titanic sink in very slow motion.
Score: 40 Votes (Like | Disagree)

Rob_2811
Tim Cook loves the Mac and he's very committed to it.

vjl323
This is very, very bad news. I'm the last person to get on the "Apple is doomed" boat, but this really does not bode well. Do some research on this guy - chances are, things he has worked on are things you've used and created habits for to increase your productivity. Him leaving by Apple's choice is a change in direction that does not feel good to me.
Score: 37 Votes (Like | Disagree)
Read All Comments

Friday November 25, 2022 2:58 am PST by Sami Fathi
An Apple engineer has addressed the lack of lossless audio support in the second-generation AirPods Pro in a new interview. Current Bluetooth technology in the AirPods lineup means that Apple's audio products do not support Apple Music Lossless audio. Apple has previously hinted that it may develop its own codec and connectivity standard that builds on AirPlay and supports higher quality...
Read Full Article • 188 comments