Apple has a team of people working on integrating augmented reality functionality into the iPhone's camera app, reports Business Insider. Employees from several different augmented reality companies Apple has acquired are said to be involved in the effort, including those from Metaio and Flyby Media.

Citing sources familiar with Apple's plans, Business Insider says Apple's goal is for consumers to be able point the phone at a real-world object and have that object be recognized. Apple is already working on similar technology using machine learning techniques and has built basic object recognition capabilities into the Photos app.

Subscribe to the MacRumors YouTube channel for more videos.
Object recognition in the camera app would potentially allow for the real-time recognition of objects, but it is more complex than what is available in the Photos app because it involves 3D objects. Such a feature could be used for spacial recognition and mapping, among other things.

Facial recognition and manipulation may also be a goal, perhaps allowing the camera app to be used to apply Snapchat-style augmented reality filters to people. Apple is said to be planning to release an augmented reality SDK for developers following the debut of the rumored camera feature, which would allow third-party apps access the AR camera technology too.

Another early feature for Apple's AR integration into the camera app could be to recognize and manipulate people's faces. Apple integrated facial recognition technology into the photos app in the most recent version of its iOS software, and purchased FaceShift, a company with similar technology in 2015.

Recent rumors have suggested Apple's ultimate augmented reality ambition may be a set of smart glasses, which would connect wirelessly to the iPhone and display "images and other information" to the wearer.

A recent hire, John Border, seems to confirm Apple's rumored interest in smart glasses. Border, who describes himself as a "subject matter expert" in head-worn displays, plastic optics manufacturing, and camera systems and image sensors, recently joined Apple after serving as the chief engineer at Osterhout Design Group, a company that developed a set of smart glasses.

Apple's work on smart glasses is said to be in the early stages, and no product is expected to debut before 2018 should the project continue. It is not clear when Apple might introduce AR functionality in the camera app. 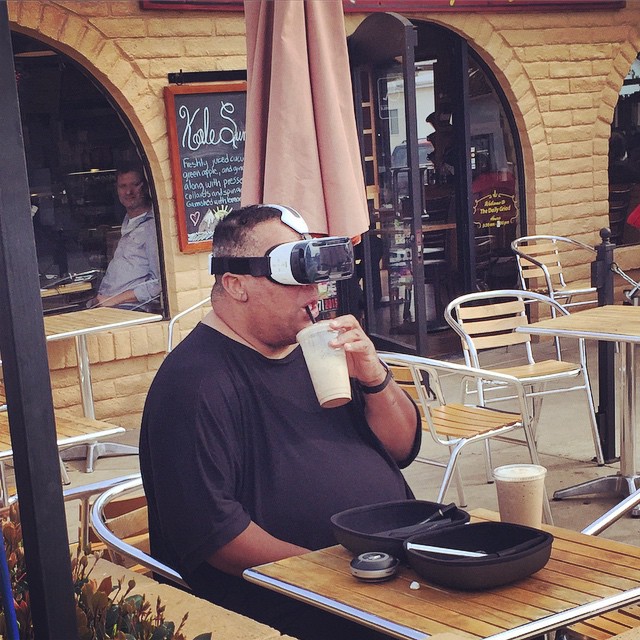 AngerDanger
I propose Apple create a feature whereby you aim your camera at a new MacBook and nearby device, and the app overlays all the dongles and adaptors you'd need to connect the two devices. You could even buy them right from the camera app!
Score: 13 Votes (Like | Disagree)

ErikGrim
While object recognition would be of limited use to most users, imagine what it could do for the vision impaired? A set of smart glasses that translated what they were seeing into sound with Voice Over would be a game changer. Kind of like how VO can identify faces in the camera app already, but for a whole library of every day objects. The blind would literally be able to see and navigate the world by sound.
Score: 10 Votes (Like | Disagree)

FatherJack1980
"[facial] manipulation may also be a goal, perhaps allowing the camera app to be used to apply Snapchat-style augmented reality filters to people."

....I can just imagine the presentation for this in the next Apple event.
Score: 7 Votes (Like | Disagree)

62tele
The skeptic in me says that this is just the next piece of feces that Apple is throwing against the wall to see if it sticks. The Watch was not the next iPod. The car went down a dead end.
I hope this doesn't distract them from the next revolutionary breakthrough in emoji development.
Score: 5 Votes (Like | Disagree)

"[facial] manipulation may also be a goal, perhaps allowing the camera app to be used to apply Snapchat-style augmented reality filters to people."

....I can just imagine the presentation for this in the next Apple event :oops:

Seems like it would be a fun addition to FaceTime.
Score: 3 Votes (Like | Disagree)
Read All Comments