Apple today seeded the third beta of an upcoming tvOS 10.1 update to developers for testing purposes, one week after seeding the second tvOS 10.1 beta and more than a month after launching tvOS 10.

Designed for the fourth-generation Apple TV, the third tvOS 10.1 beta can be obtained by connecting the Apple TV to a computer with a USB-C to USB-A cable, downloading and installing the software from a registered developer account via iTunes or Apple Configurator. Once a beta profile has been installed on the device through iTunes, new beta updates will be available over the air. 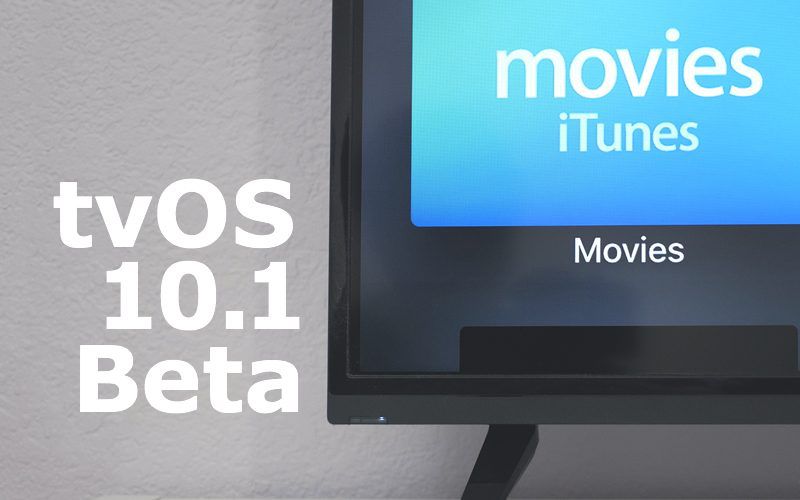 Many Apple TV owners are eagerly awaiting a promised Single Sign-On feature that will allow Apple TV users to sign in once with their cable credentials to access all available live cable content, and the feature was introduced in the first tvOS 10.1 beta.

The new "TV" app that was announced at Apple's October 27 event was not included in the first two tvOS 10.1 betas, but it was introduced on iOS devices in the second iOS 10.2 beta, suggesting it could come to tvOS users soon. "TV" is meant to be a TV guide-style app that provides users with recommendations on what to watch and an easy way to discover new television content.

tvOS 10, for those unfamiliar with the operating system, brings features like improved search, expanded Siri capabilities, a dark mode, a Continuity option for using the iPhone for text input, automatic app downloads, quicker access to live TV, and more.

Update: Some users are having difficulty downloading the update, as their systems are reporting that an update is available but are stuck waiting to connect to the update server to download.

I wonder if the newly released USBC-Lightning cable will let people "finally" charge their Siri Remotes directly from their TV. Not something that appeals to me (I have several Lightning-equipped chargers already in the living room), but many were asking and/or complaining about this early on in the life of the ATV4.


TBT the only reason people were wanting and complaining about it, was most likely just due to the fact it couldn't be done. While in reality they would never actually use that solution.
Rating: 1 Votes

My Siri Remote literally lasts months. I don't game much on it, but I use it hours a day to browse. I see no need for this. Just charge it overnight when it gets to 20%.