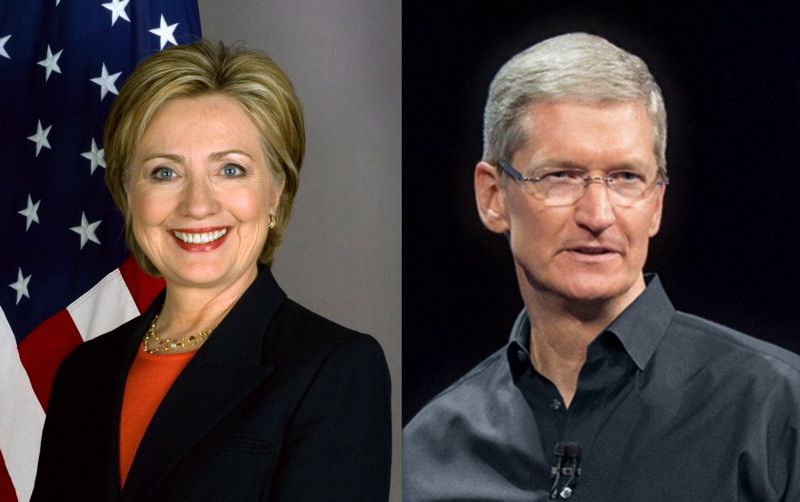 In August, Cook hosted a fundraising event for the Hillary Victory Fund, a committee that contributes to the Clinton campaign, the Democratic National Committee, and 38 state parties. Cook, along with Apple environmental chief Lisa Jackson, acted as private citizens, not as representatives of Apple. Cook has demonstrated support for both Democrats and Republicans.

yaxomoxay
Well, that would have made government thinner.
Score: 118 Votes (Like | Disagree)

WiiDSmoker
How about Tim Cook concentrate on getting the headphone jack back and making new Macs?
Score: 68 Votes (Like | Disagree)

Well, that would have made government thinner.

And it would have required courage.
Score: 29 Votes (Like | Disagree)

iSee
People should not read too much into this.

This was the everyone-and-the-kitchen-sink list they start with, just to have something to work with as they cut it down.
Score: 24 Votes (Like | Disagree)
Read All Comments

Tuesday March 31, 2020 10:22 am PDT by Juli Clover
Apple has acquired weather app Dark Sky, Dark Sky's developers announced today. Dark Sky is one of the most popular weather apps on the App Store, known for its accuracy and storm warnings. Our goal has always been to provide the world with the best weather information possible, to help as many people as we can stay dry and safe, and to do so in a way that respects your privacy. There is no ...
Read Full Article • 148 comments

Monday March 30, 2020 4:25 pm PDT by Juli Clover
Apple has a new low-cost iPhone in the works, which is supposed to be launching sometime in the first half of 2020. Given the ongoing situation in the United States and other countries, it's been unclear if the device is going to launch within the planned timeline, but there are signs that it could be coming soon. We started seeing cases for the new low-cost iPhone back in early February,...
Read Full Article • 102 comments

Monday March 30, 2020 2:04 pm PDT by Juli Clover
Well ahead of when Apple introduced trackpad support in iOS 13.4, Brydge announced an iPad Pro keyboard with a built-in multi-touch trackpad. We have one of Brydge's new Pro+ keyboards on hand, and thought we'd check it out to see how it works with Apple's new 2020 iPad Pro models. Subscribe to the MacRumors YouTube channel for more videos. The Brydge Pro+ keyboard is similar in design to...
Read Full Article • 46 comments