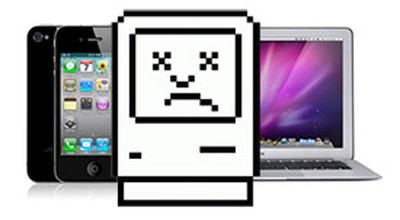 The report specifically pertains to Apple's vintage and obsolete products list in Japan, but the new additions will more than likely extend to the United States, Australia, Canada, and the rest of the Asia-Pacific and Europe regions.

The current MacBook Air has not been updated in 584 days. Refreshed models with USB-C ports are expected later this month at the earliest.

Dannyshing27
Waiting for the day the products they are selling are that old they class them as vintage
Score: 73 Votes (Like | Disagree)

lostngone
At this rate all Apple computers are going to be obsoleted by the time they release a new one.
[doublepost=1476430105][/doublepost]

They just don't make them

Think of it as a buying opportunity. :)

Certainly not a buying opportunity for outdated hardware.
Score: 21 Votes (Like | Disagree)

jdillings
I misread the title as "Apple to Obsolete Entire Mac Lineup"
Score: 18 Votes (Like | Disagree)

ka-spot
and still it's the best iPhone ever :)
and I hope next iPhone will change this :D
Score: 17 Votes (Like | Disagree)

farewelwilliams
i gave my mom an iPhone 4. after a month, her icloud contacts got erased out of nowhere. searched online, there's a huge thread of this unresolved icloud bug. seems to happen every month in which i have to do an icloud restore. annoying.

i filed a radar but apple closed the radar and said to simply update to iOS 8 (which iPhone 4 cannot do). dick move by apple.
Score: 16 Votes (Like | Disagree)
Read All Comments

Tuesday May 11, 2021 5:06 am PDT by Hartley Charlton
Apple's next MacBook Air will feature a completely new design and come in a range of colors like the 24-inch iMac, according to leaker Jon Prosser, who has now released supposedly accurate renders of the new machines based on leaked images. In a new video uploaded to YouTube channel Front Page Tech, Prosser elaborated on his previous prediction that Apple's next-generation MacBook Air models ...
Read Full Article • 97 comments