FOX Sports GO has officially launched on the fourth-generation Apple TV. The app, previewed by Apple at WWDC 2016, has a split-screen interface that enables sports fans to watch up to four games at once, be it four MLB games or a combination of baseball, basketball, football, and hockey.

The app provides live streams of Fox Sports 1, Fox Sports 2, Fox Soccer Plus, Fox Deportes, and Fox College Sports, and selected events airing on Fox and its regional sports networks, based on your location and which channels you are subscribed to through your cable or satellite TV package. Coverage includes MLB, NBA, NFL, NHL, NASCAR, UEFA Champions League, FIFA World Cup, UFC, and more. Subject to local availability, subscribers will also have access to full seasons of hometown MLB, NBA, and NHL telecasts.

FOX Sports GO is available now as a free download on the tvOS App Store.

realeric
Wake me up when app doesn't require cable subscription is available.
Score: 9 Votes (Like | Disagree)

If Fox Sports was like Fox News they would only show WWE.

I'd love to see the Olympics covered by Fox instead of NBC.
Score: 6 Votes (Like | Disagree)

Wake me up when app doesn't require cable subscription is available.

yeah this is the worst part. it really eliminates a big part of the GO aspect. When i am traveling and my team isn't being locally broadcast i want to be able to open up the app and watch my team.
Score: 3 Votes (Like | Disagree)

Especially when you live out of market, but a league uses 10 states claiming that is in market.
Score: 3 Votes (Like | Disagree)

WaxedJacket
The app, previewed by Apple at WWDC 2016 ('https://youtu.be/n5jXg_NNiCA?t=29m13s'), has a split-screen interface that enables sports fans to watch up to four games at once, be it four MLB games or a combination of baseball, basketball, football, and hockey. 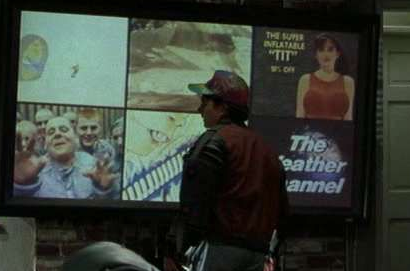