Apple The Oaks Reopens Next Weekend, CambridgeSide Next Up for Renovations

Apple has announced that its The Oaks retail location in Thousand Oaks, California reopens this Saturday, August 27 at 10:00 a.m. local time. The location, which first opened on October 29, 2005, has been closed for renovations since March. The renovated space is expected to have a Jony Ive-inspired next-generation design and double the square footage within the shopping mall. 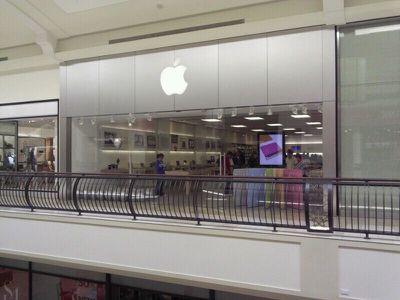 Apple The Oaks, opened on October 29, 2005, prior to renovations
Meanwhile, Apple's retail location at the CambridgeSide Galleria shopping mall in Cambridge, a suburb of Boston, Massachusetts, will close for renovations one day later on Sunday, August 28. During the closure, Apple recommends that customers visit the nearby Apple Boylston Street or Apple Chestnut Hill locations. The closure is presumably to allow for similar next-generation design updates.

Apple CambridgeSide, opened on December 15, 2001, prior to renovations
Apple is in the process of renovating several of its retail locations in the U.S. and around the world. The new layout includes a combination of The Avenue, Genius Grove, The Forum, The Plaza, and The Boardroom. All new locations since around mid 2015 have been based on the new design language, including the flagship Apple Union Square. Apple now has over 30 retail locations based on the new design language.

A list of next-generation Apple retail locations renovated or opened to date:

Keep track of new and renovated locations with our Apple Stores roundup.

Kobayagi
'Apple The *insert city name*' still sounds incredibly stupid. I mean, why change something as simple as 'Apple Store'. Everybody is already really familiar with that. This new naming scheme doesn't make any sense.
Score: 8 Votes (Like | Disagree)

Come on, "Apple the Oaks" just rolls off the tongue. Rolls, I tell you!
Score: 3 Votes (Like | Disagree)

Porco
After I trim the verge and clip the weeds I like to apple the oaks. Very therapeutic.
Score: 3 Votes (Like | Disagree)

bernuli
I'd rather see them renovate the product line. I am more (or less now) drawn to the stores for the products. I might go check out the new stores but I am not going to buy anything simply because the store I am in is awesome.
Score: 2 Votes (Like | Disagree)

Cineplex
Remember when it was an actual store that you could buy products in? The nice theatre in the back to watch keynotes, do trainings, and watch product videos? Remember the kids area? Remember the actual checkout area?

Those were the days. 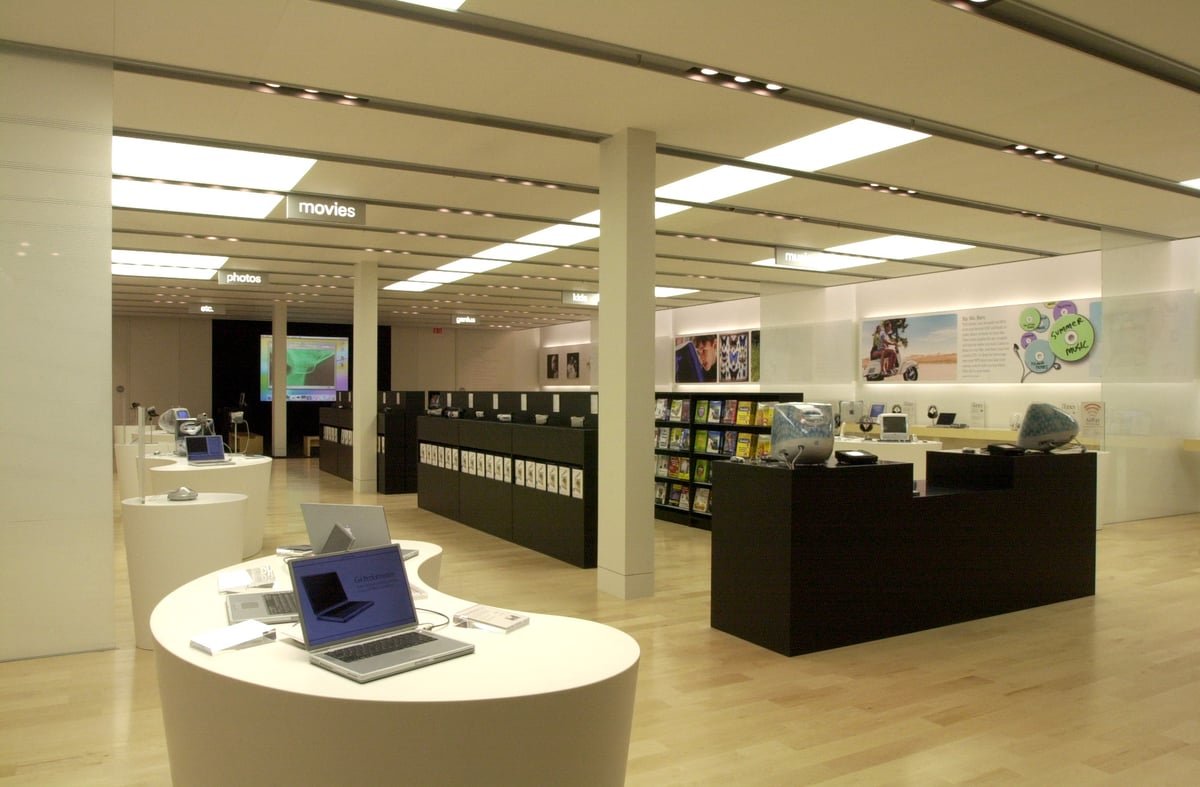 Now its all watches for this guy. 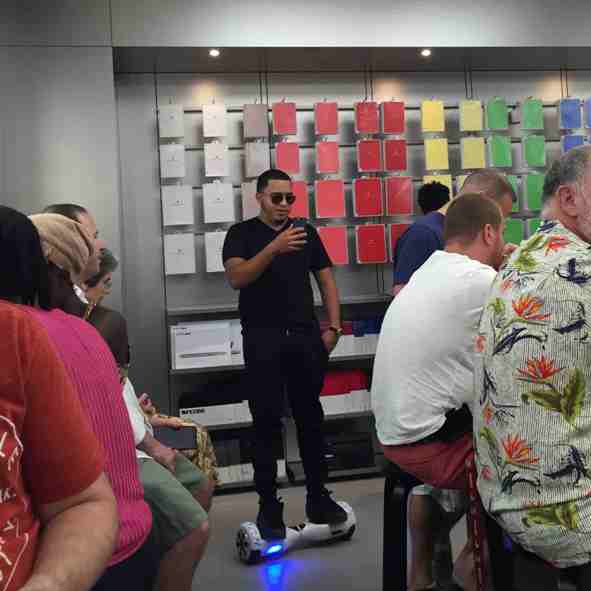