Apple Opening Three Next-Generation Stores Over the Next Week

Apple has announced that it will be opening a trio of retail stores following construction and renovations over the next week.

Apple's retail store at Westfield Annapolis in Annapolis, Maryland will open at a new location within the shopping mall on Saturday, August 20. Apple did not provide a specific time, but the store opens at 10:00 a.m. local time on Saturdays. The store's new address will be 1735 Annapolis Mall. 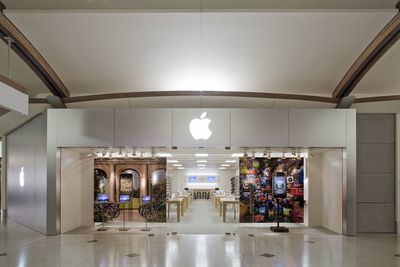 Apple Annapolis prior to renovations
Apple's retail store at Country Club Plaza in Kansas City, Missouri will also be moving to a new location within the shopping center on Saturday, August 20. Apple did not provide a specific time, but the store opens at 10:00 a.m. local time on Saturdays. The store's new address will be 227 Nichols Road.

Jeez, talk about milking a dead cow. We get it.

I think I'm looking forward to the MBP updates more to silence the haters, than actually look to buy one.
Score: 9 Votes (Like | Disagree)

SandboxGeneral
I've always liked the simple design of the Apple Stores and the use of the glass doors and lighting inside.
Score: 8 Votes (Like | Disagree)

I don't think people who recognize the slowness of Apple's innovation lately are necessarily haters.

True, but it's close to trolling; they mention it relentlessly, every which way they can.

I understand people who have older machines, which they use for their livelihood, and don't feel that the current spec justifies paying that much -- especially if there's an update around the corner. That's absolutely fair enough and I agree with them.

But a lot of people seem to be acting like it's completely the end of the world and will hammer the issue wherever possible. You know the ones; you see them in almost every thread. As if they can't do anything on their current Macs that will suddenly change when they're refreshed with better specs. I question how many of the persistent whiners actually own a Mac.
Score: 6 Votes (Like | Disagree)

You're not supposed to call it a store. It's an enlightened destination ;)

They need to install stained glass and light some incense. 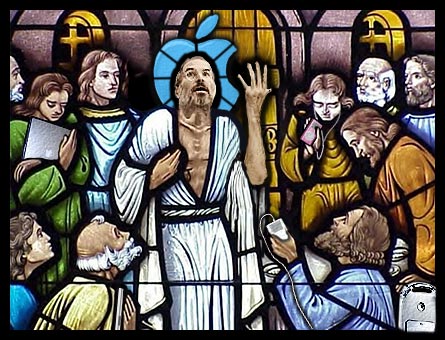