Kia has announced that CarPlay and Android Auto will be available as free software updates for a wider range of select 2014 to 2017 model year vehicles equipped with UVO3 or a compatible navigation system. 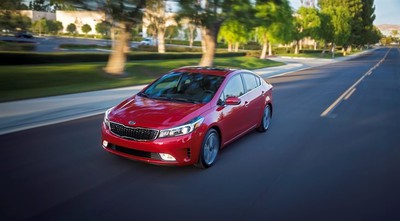 Kia's other CarPlay vehicles include the 2017 Cadenza and 2017 Forte5. Its parent brand Hyundai offers CarPlay in the 2016 Sonata, 2017 Elantra, and 2017 IONIQ. Kia also sells select models with CarPlay in Canada and other regions around the world.

The software update is notable given that it involves a number of older 2014 and 2015 models, further proving that automakers are capable of offering CarPlay in properly equipped older vehicles if they choose to do so. Unsurprisingly, however, most brands have limited CarPlay to their newest models only.

BMW, Nissan, and Ford are among the newest CarPlay partners, leaving Toyota and Mazda as two of the largest automakers that have yet to adopt the software platform. Apple periodically updates a list of available CarPlay models on its website.

philfry
This is some good customer service. I wish Honda would add this to the 2016 HR-V.
Score: 7 Votes (Like | Disagree)

Thanks for that Siri Eyes Free update (which doesn't work) that you just issued the other day (despite it coming out in 2012).
Score: 3 Votes (Like | Disagree)

Boatboy24
Get to work Honda and Toyota (and others). You're being made to look like fools.
Score: 3 Votes (Like | Disagree)
Read All Comments