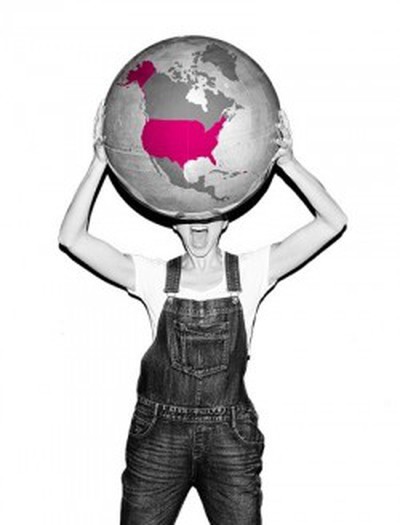 T-Mobile has announced a new $30 prepaid Tourist Plan for international visitors to the U.S. that offers 1,000 minutes of domestic calling, unlimited domestic and international texting to over 140 countries and regions, and unlimited 2G data with the first 2GB at 4G LTE speeds.

Tourists visiting the U.S. can visit a T-Mobile store with an unlocked GSM smartphone, sign up and pay for the plan, and receive a free SIM card to access the carrier's network. The one-time, one-line plan lasts 3 weeks and cannot be renewed after automatically expiring at 11:59 p.m. on the 21st day of service.

International phone numbers cannot be ported to the U.S., so T-Mobile will assign customers a new U.S. number when they sign up for the Tourist Plan. International calling from the U.S. to other countries is not included in the plan and cannot be added as an additional feature, but customers can use Wi-Fi-based calling services.

The Tourist Plan includes 200MB of U.S. data roaming, but other T-Mobile perks such as Mobile Without Borders, Binge On, and Music Freedom are not included. The plan permits tethering, with Mobile Hotspot using data from the 2GB allotment of 4G LTE data, followed by slower speeds afterwards.

The new plan is available June 12. Postpaid and T-Mobile@Work customers are ineligible.

They should fix their network first. Otherwise, many visitors will get a bad opinion of the mobile networks in the U.S.

Not a current T-Mobile customer with a recent smartphone, I'm guessing.
Score: 23 Votes (Like | Disagree)

Not a current T-Mobile customer with a recent smartphone, I'm guessing.

Yep, this. Been with T-Mobile for over 2 years and never looked back. I get faster speeds than on my Time Warner Cable most of the time, which is both impressive and sad at the same time.
Score: 5 Votes (Like | Disagree)

Why hasn't everyone in the US switched to T-Mobile? They seem to offer value at every corner.

We are dying up here in Canada with our $100/month plans.

EDIT: (just realized that "dying" might be a bit dramatic. Anyhoo...)

T-Mobile is missing a lot of coverage still. I know they have improved a lot and are about as good as ATT and Verizon in major cities, but go out into rural areas and that coverage drops off quickly. And for your $100 a month plans in Canada try looking at prepaid plans. I lived up there for 3 and a half years and it while plans were about as bad as the US it wasn't that hard to find something in the $40 or $50 range.
Score: 3 Votes (Like | Disagree)

Not a current T-Mobile customer with a recent smartphone, I'm guessing.

Yeah, I don't think he can be. I just switched from AT&T this year, and I have to say it's just as good as my AT&T service (and I'm not just talking about NYC.) Also with T-Mobile my LTE in NYC is actually faster than what I had with AT&T.
Score: 3 Votes (Like | Disagree)

Kajje
They sell similar tourist sim cards at the airport in Bali. A 2GB sim card on the LTE network will set you back a full $3.

I hear you say that's a good deal but I'll tell you, it's a total rip off. Them exact same cards are available outside the airport for half that price.
Score: 2 Votes (Like | Disagree)

They should fix their network first. Otherwise, many visitors will get a bad opinion of the mobile networks in the U.S.

You obviously haven't tried T-Mobile in several years if ever. I could never get LTE at my house with AT&T and Verizon. Only T-Mobile could so that. I've been with T-Mobile since they announced they would support the iPhone which began with the 3GS several years ago.

I wish I could be a permanent tourist. Or could just get like a 4GB plan and 1GB plan for like $70-75/mo. Hopefully T-Mobile has some sort of deals later this year because I'd really like to switch and have it be worth the potential loss in coverage. We don't travel into rural areas as much as we used to though.

T-Mobile still has a prepaid $30 plan that includes 5Gb and 100 minutes.
Score: 2 Votes (Like | Disagree)
Read All Comments