New Rumor Suggests iPhone 7 Won't Include Smart Connector After All

A Smart Connector has been one of the features rumored for the iPhone 7 and 7 Plus, but a new report from Japanese site Mac Otakara suggests Apple has decided not to include a Smart Connector on the upcoming devices.

The Smart Connector, first introduced with the iPad Pro, is a new type of port designed to transfer both data and power between the iPad Pro and accessories like the Smart Keyboard. It's never been clear what purpose a Smart Connector would serve on an iPhone, but speculation ranged from battery cases to wireless charging.

Hints that a Smart Connector would be included on the iPhone 7 and iPhone 7 Plus first surfaced in an image said to be of the iPhone 7 Plus shared by a Chinese website in March. It is still not clear whether that image depicts an actual iPhone 7 device, a mockup based on design schematics, or a counterfeit device. A Smart Connector was also depicted in design drawings created by Mac Fan, but those drawings are often largely based on circulating rumors. 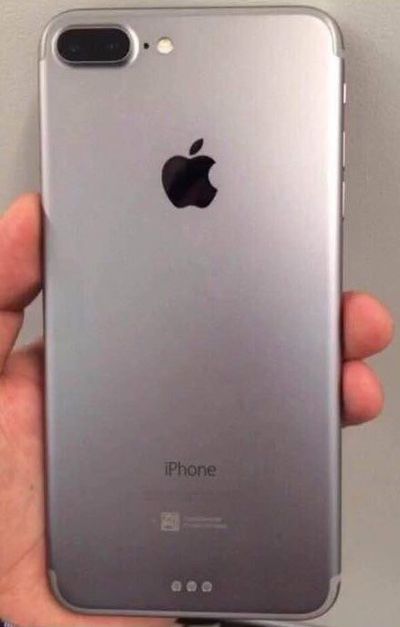 Mac Otakara suggests Apple decided to shelve the Smart Connector after considering it as an included feature, but given the questionable nature of the original rumor, it's possible a Smart Connector was never planned for the device. Rumors about the iPhone 7 are still uncertain with a lot of conflicting information surfacing, so the final design and features of the device continue to be up in the air.

Rumors have disagreed on features like waterproofing, the removal of the headphone jack, the thickness of the iPhone 7, stereo speakers, whether the camera will protrude, and more, but it's likely a clearer picture of the iPhone 7 will emerge in the months leading up to its prospective fall release.

cicalinarrot
That would make it the first flagship smartphone in the world without any new feature at all. This is what I call thinking different.
Score: 40 Votes (Like | Disagree)

JonneyGee
It's the typical "Let's write a rumor both ways – that way we're right regardless of what happens!" Nothing much to see here. I do think this would be a nice feature, though.
Score: 23 Votes (Like | Disagree)

Pbrutto
So it's gonna be a new camera and one less jack......uncompromisingly boring....unapologetically innovation less.....imaginatively unimaginative
Score: 15 Votes (Like | Disagree)

pika2000
I don't understand why people only think that smart connector is for keyboard. Logitech already made a dock for the iPad Pro, showing that it can be used to charge as well.
Score: 12 Votes (Like | Disagree)

dannyyankou
So far, no reason to upgrade from the 6s.
Score: 9 Votes (Like | Disagree)

NT1440
BREAKING NEWS: Nobody has any idea what features will or will not be included in the new iPhone, the full story at 11.
Score: 8 Votes (Like | Disagree)
Read All Comments