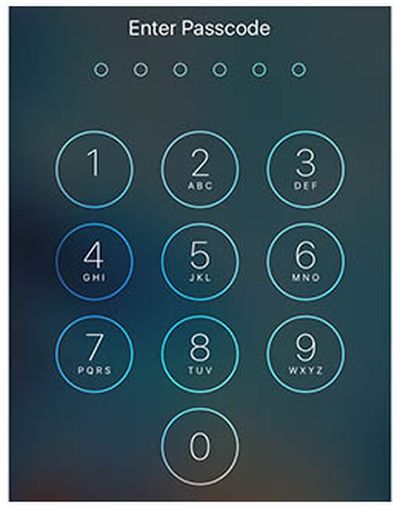 Los Angeles police investigators have discovered a workable method to bypass the hardened security features of a locked iPhone 5s, according to The Los Angeles Times.

In court documents seen by the newspaper yesterday, LAPD detectives found a "forensic cellphone expert" who could unlock the iPhone 5s belonging to April Jace, the slain wife of "The Shield" actor Michael Jace, who is accused of killing her at their L.A. home in 2014.

The claim appeared in a search warrant filed during the same period that the FBI was demanding Apple unlock the earlier model iPhone 5c of San Bernardino shooter Syed Rizwan Farook. In that high-profile case, the FBI eventually unlocked the phone with the help of professional hackers, paying them up to $1 million for a tool exploiting a security vulnerability.

According to FBI director James Comey, the method obtained by the bureau only worked on a "narrow slice of phones", which did not include models of the iPhone 5s and after, presumably because the latter devices are equipped with Apple's proprietary Secure Enclave, a separate security-hardened portion of the core processing chip with its own secure boot and personalized software where private encryption keys are stored and used to secure data.

Prior to the the FBI's acquisition of its hacking method, several security experts warned that the ability the bureau sought from Apple would in fact work on later devices, while Apple claimed back in February that the method the FBI asked it for to unlock an iPhone 5c was also possible on newer devices with the Secure Enclave. According to TechCrunch, Apple said at the time that the technical solutions would be different than they are on the iPhone 5c, but not impossible.

According to The Times, the search warrant filed in the April Jace killing did not detail the method used by the LAPD to open the later-model iPhone 5s, nor did police reveal the identity of the cellphone expert. It's also unclear what operating system April Jace's phone had.

The iPhone 5s has been at the center of the investigation after it was claimed that the actor and his wife argued "about their relationship" via text message shortly before he is alleged to have shot her. Michael Jace's attorneys successfully persuaded a judge to delay his murder trial, arguing that the dead woman's phone should undergo a more exhaustive search than one initially conducted by police.

Shortly after her killing, April Jace's cellphone was locked by a passcode, which "hindered" the investigation. But in January 2015, an Apple technician was ordered by an L.A. judge to help police extract data from the phone, according to the search warrant.

That attempt apparently failed to obtain any information and a second attempt by the L.A. County district attorney's office the same month left the phone "disabled". The following month, authorities tried to inspect the iPhone but it didn't even turn on, the warrant stated.

But in March, investigators learned that a forensic cellphone expert could "override" the security features and let authorities view the phone's contents. A senior investigator with the district attorney's office was apparently then able to examine the phone in April. Jace, 53, is currently awaiting trial in the case.

Last week it was reported that the FBI will not reveal to Apple the method it used to hack into the iPhone of the San Bernardino shooter, because it does not have the rights to the technical data about how the method functions. Apple wants details on the flaw so a fix can be implemented. Until it does, the FBI can keep using the vulnerability so long as it remains unpatched.

Amid its dispute with the FBI, reports suggest Apple has already begun work on implementing stronger security measures to protect iOS devices in order to counter the threat of hackers rather than the government. Apple has also said it has revamped its internal security teams.

Another instance of the US government not caring about the privacy and rights of citizens.

You mean the murdered, dead citizens? I'm sure April Jace put a PIN on her iPhone so that if she were murdered, no one could get to the evidence to convict her killer! Puh-lease... :rolleyes:
Score: 12 Votes (Like | Disagree)

sofila
Everything digital can be hacked with proper resources
Time money skills and will
Score: 12 Votes (Like | Disagree)

I'd be willing to bet they lifted a fingerprint from somewhere and made a fake finger using the print.

The article says the phone was locked with a passcode in January. It wasn't until April they 'accessed' the phone.
It couldn't of been via Touch ID as that reverts to a passcode after 48hrs (I think), four months had passed and the phone had been powered off since the incident and them finally accessing the phone.
Score: 9 Votes (Like | Disagree)

b1wils1
there is a common denominator in these cases. these are phones of people that commit crimes; not "steal from a gas station" crimes, but serious theft/arson/homicide. i might be in the minority, but when you try to wrong or harm another human, for whatever reason, you've surrendered your right to privacy.

I certainly believe you should be given fair trial and every step to obey the legal process should be taken. but, if you want your privacy, don't affect someone else's well-being or rights.
Score: 8 Votes (Like | Disagree)

Nope, no problem as long as Apple works to find out what the hole is so they can try to patch it and keep our phones safe.

Phones are not beings... they don't care if they're "safe". I personally don't get all the angst over cracking phones. It seems way down the list from things like the IRS potentially seizing your assets and stuff like that.
Score: 7 Votes (Like | Disagree)

Nope, no problem as long as Apple works to find out what the hole is so they can try to patch it and keep our phones safe.

Serious question. How is your phone not safe? Blanket statements like that are useless and hyperbolic. As someone stated above, the iPhone is an electronic device. It's never going to be 100% un-hackable. As it stands now, it takes a pretty concerted effort to do it.

"Keep our phones safe" should be the new "but think of the children".
Score: 6 Votes (Like | Disagree)
Read All Comments