Twitter today announced a new feature for its iOS and Android applications that will connect people to Twitter users around the world who share similar interests. Using the new "Connect tab," users will be able to browse a list of people and accounts that the social network believes you will be interested in, all without having to manually search topics and hashtags yourself. 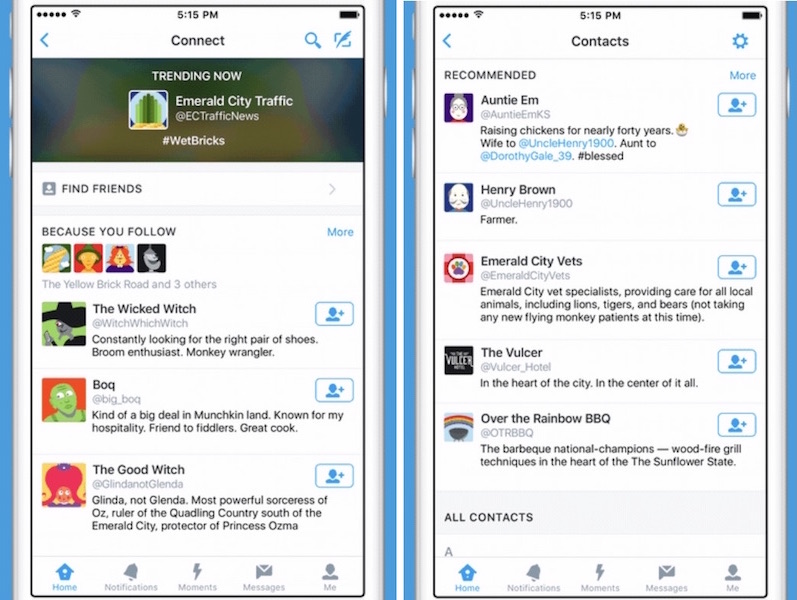 Finding new accounts to follow used to require jumping through a few hoops and a dash of luck. That’s why we’ve reimagined the experience with our new Connect tab. Starting today, you’ll see a detailed list of people and accounts we think you’ll enjoy following, all easily accessible in one place.

To curate the best selections in the Connect tab, the company said it uses the people you already follow, liked tweets, popular local Twitter accounts, and current world and entertainment events. It also assured users that it will "let you know exactly why we’re showing you each recommendation," to avoid any confusion.

Beyond random accounts, the Connect tab will serve as an easier way to find friends and family members with the option to sync a smartphone's address book to find pre-existing Twitter users, and give you a heads up if a contact in the address book joins Twitter. The company said the new Connect tab is rolling out to everyone using Twitter for iOS and Android beginning today, but didn't mention the possible addition of the new feature to its desktop site.

Twitter for iOS can be downloaded from the App Store for free. [Direct Link]