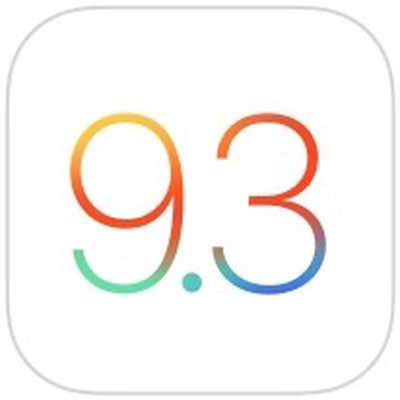 Apple today seeded the second beta of an upcoming iOS 9.3.2 update to developers for testing purposes, two weeks after the release of the first iOS 9.3.2 beta. iOS 9.3.2 beta 2 comes nearly a month after the launch of iOS 9.3, a major update that introduced Night Shift mode and other feature improvements, and three weeks after the iOS 9.3.1 bug fix update.

The second iOS 9.3.2 beta is available for download over-the-air or from the Apple Developer Center.

Like iOS 9.3.1, iOS 9.3.2 is a minor update that appears to focus mainly on under-the-hood performance improvements and fixes for bugs that have been discovered since the release of iOS 9.3. According to Apple's release notes, the beta features "bug fixes and improvements," including a possible fix for a major Game Center bug that has plagued iOS users for months. No outward-facing changes were found in the first beta, but we'll update this post with anything new discovered in the second beta.

The famous "copy and paste"
Score: 5 Votes (Like | Disagree)

csjcsj
I sure hope they also fix the dropping wifi problem. I'm spending way to much time in settings.
Score: 3 Votes (Like | Disagree)

Seriously, if they want to fix it for me they can let me remove it.
Score: 3 Votes (Like | Disagree)

is that a wish or its implemented in b2?

its in the beta!! sorry forgot to specify (i got too exited lmao)
Score: 2 Votes (Like | Disagree)
Read All Comments