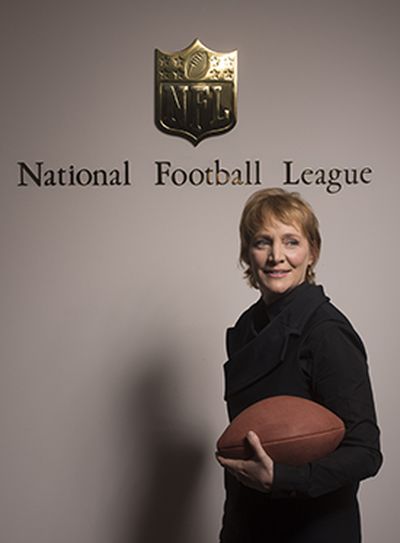 Apple has hired Cynthia Hogan, a top lobbyist for the National Football League, as vice president for public policy and government affairs for the Americas, reports Politico. She will head the company's Washington D.C. office starting April 29 and report to Apple's environmental, policy, and social initiatives chief Lisa Jackson.

"Cynthia’s intellect and judgment have consistently distinguished her as a uniquely talented professional and we’re lucky to have her join the team at Apple,” Jackson said in a statement.

Hogan, who previously served as Counsel to the Vice President of the United States, Joe Biden, under President Barack Obama, is a key hire for Apple as it battles the U.S. government and law enforcement about the intersection of encryption and national security.

That ongoing debate reached a peak this year when the U.S. Justice Department demanded a court force Apple to assist the FBI with unlocking an iPhone used by San Bernardino shooter Syed Farook in an act of terrorism last year. The Justice Department ultimately dropped the case in late March after the FBI discovered its own method of entry into the password-protected device, but Apple still faces similar lawsuits concerning encryption in other U.S. states, including New York and Massachusetts.

Apple spent a record $4.4 million last year to lobby privacy, cybersecurity, patent reform and other issues, according to the report.

Danoc
She will have hard time with Donald Trump if he is elected, because the Donald cannot be bought!
Score: 3 Votes (Like | Disagree)

Why not an African American?

Why not an African American?

Because the got a woman. I mean, how many quotas do you want them to fill? :rolleyes: It's bad enough her husband has to eat take out cuz she ain't in the kitchen. Sheesh.

Why not a Vietnamese?

FieldingMellish
Why not an African American?
Score: 1 Votes (Like | Disagree)

jimbobb24
Apple is way underspending on lobbying. In the current environment with all the money going through DC that number should be closer to 1 billion. The pain you can avoid and the money you can win dwarves the cost of playing the game Obama has pushed to the extreme. Only fools don't lobby like crazy.
Score: 1 Votes (Like | Disagree)

Apple spent a record $4.4 million last year to lobby privacy, cybersecurity, patent reform and other issues, according to the report.