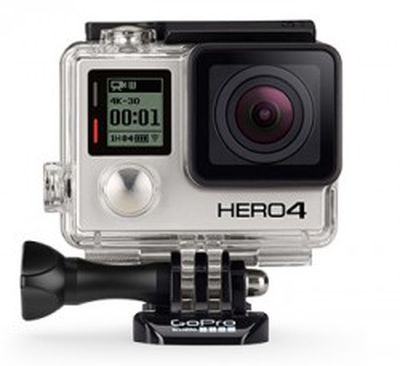 Apple's industrial design team is losing one of its core members, with longtime designer Daniel Coster moving on to join GoPro as the company's Vice President of Design. GoPro announced the news in a press release this morning, which outlines Coster's role. He will "influence all aspects of design" at GoPro, ranging from software to surfaces, reporting directly to GoPro founder Nick Woodman.

"Ironically, Danny and I first met in December, 2001, on the beach in Sayulita, Mexico at the very start of the five month surfing trip where I developed and tested the first GoPro prototype," said Woodman. "His design pedigree speaks for itself, but I will say that we feel energized to have him join GoPro."

"I'm honored to join the GoPro team," said Coster. "This extraordinary company is close to the hearts of so many people around the world. Its brand and products inspire us to capture and share our lives' most important moments. I'm excited to shape the future with the incredible team at GoPro."

Coster has long been a member of Apple's secretive industrial design team, working alongside Jony Ive for over 20 years. GoPro's press release suggests Coster has contributed to a range of Apple products, from the iPhone 4 to the iPad wireless keyboard.

Apple's industrial design team is known for being a tight-knit group of 19 that has worked together for several years. In a 2015 interview, Ive told the New Yorker that only two designers had left his team over the past 15 years, one because of ill health.

In an interview with New Zealand magazine Stuff Nation, Coster said that he wants explore his new opportunity at GoPro and spend more time with his family and friends.

ghost187
Lol, of all the places he chose GoPro! Isn't that like a graveyard?
Score: 6 Votes (Like | Disagree)

SSD-GUY
Maybe he had just had enough of making everything thinner whilst turning up the contrast level on a software level.
Score: 6 Votes (Like | Disagree)

Everlast66
The first task he is given at the new job:

Naaaaak
This is what happens when the only thing you're asked to do year over year is "make it thinner".

His new position should be more interesting / more of a chance to make a difference on something.
Score: 4 Votes (Like | Disagree)

B.K.
I guess I'm not the only one upset the iPhone 7 has the same form factor as the 6/s
Score: 3 Votes (Like | Disagree)

Is the "iPad wireless keyboard" mentioned in the article the recent foldable one or the old dock one? Because if it was the former, then I can see why he was shown the door. Just kidding, but seriously, make a better keyboard Apple. It makes me think of that old first-gen iPad case they made that was so awful. I'm hoping future versions are much improved.

The new iPad keyboard is probably the worst bang for your buck for any Apple product ever. I'm used to Apple being expensive, but that usually comes with exceptional hardware quality and it feels like it's worth that much. The iPad keyboard does not qualify.
Score: 3 Votes (Like | Disagree)
Read All Comments