Communications chip maker and Apple supplier Broadcom is planning to phase out its Wi-Fi chip business in order to streamline its workforce and product line, according to industry sources in Taiwan (via DigiTimes).

The move follows the company's recent acquisition by Avago Technologies and forms part of a larger strategy to allocate more resources for research and development in the fiber-optic and server sectors, according to the report. 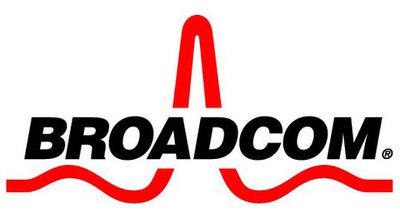 The Wi-Fi chip business is said to yield relatively low gross margins for Broadcom compared to other product lines. Sources cited fierce price wars for mass-market applications such as notebooks, tablets, TVs and smartphones as the reason behind the decision to phase out the company's involvement in the sector.

Broadcom has reportedly almost halved the workforce stationed at its plant in Taipei, while companies such as MediaTek, Realtek Semiconductor and RDA Microelectronics have already received a pull-in of short lead-time orders from Broadcom's customers in the Wi-Fi chip sector.

It's unclear whether the phase out, if confirmed, is a disruption for Apple as it gears up for annual product refreshes across its desktop and mobile devices. Apple currently uses Broadcom chips in its Apple Watch, iPhones and iPads, as well as its line of Macs that support 802.11ac, including the MacBook Air, Retina MacBook Pro, and iMac.

Two years ago, Apple hired two high-level baseband hardware engineers who left their longtime positions at Broadcom to join an engineering team at Cupertino. In 2013, Apple acquired low-power wireless chip provider Passif Semiconductor. The acquisitions were seen as part of a larger strategy by the company to better control the development and production of its core technologies.

Perhaps Broadcom is phasing out this division because Apple is moving to a new supplier.

Actually the other way around. Broadcom wants to lower its exposure to Apple, especially in areas where the downside is greater than the upside, something that became fairly heavy pre-merger. The increased diversification the merger brought + shedding low profit businesses will make company earnings less dependent on sales to one company. At one point 25% of Broadcom's earnings were based on Apple sales.
Score: 9 Votes (Like | Disagree)

LordVic
This news is bigger than Apple.

broadcom is one of the worlds largest suppliers of Wireless networking parts for integrated systems. There are countless motherboards and daughterboards over the course of probably the better part of decades that feature broadcom networking components.
Score: 5 Votes (Like | Disagree)

KPOM
Perhaps Broadcom is phasing out this division because Apple is moving to a new supplier.
Score: 4 Votes (Like | Disagree)

Porco
So Broadcom are becoming Narrowcom?
Score: 4 Votes (Like | Disagree)

Apple will love to choose Samsung as a partner aga!n ;)

Apple chooses them for many different components, so they very well could for this as well
Score: 4 Votes (Like | Disagree)

True. There are enough chinese no-name companies willing to be the lowest bidder for whatever chips are needed for the iPhone 7S.

I hope it's not a no-name company, and whoever they source form is able to supply all of Apple's needs - including all of the computers and tablets they still manufacture...
Score: 3 Votes (Like | Disagree)
Read All Comments