Netflix today updated its iOS app to add support for Apple's latest devices, the iPhone 6s and the iPad Pro. The app now includes a layout that's been optimized for the 12.9-inch screen of the iPad Pro for an improved look that offers more content at a glance.

3D Touch support is available in the form of Peek and Pop gestures, providing more information about movies and television shows from the main browsing screen. 3D Touch support does not extend to Home screen Quick Actions.

Other new features in today's update include episode auto-play and recommendation features on the iPhone, an improved Kids experience on the iPad, and Arabic support on devices running iOS 9 and later.

Netflix can be downloaded from the App Store for free. [Direct Link]

fenderbass146
WHAT THE F%*^. Still no picture in picture. It's been 9 months including beta. Your the number one streaming app and don't support the headline feature of iOS 9

Gosh! It's honestly the main reason I got an iPad Air 2 over my iPad 4.
Score: 4 Votes (Like | Disagree)

Maybe pip is a problem with iOS and not Netflix. 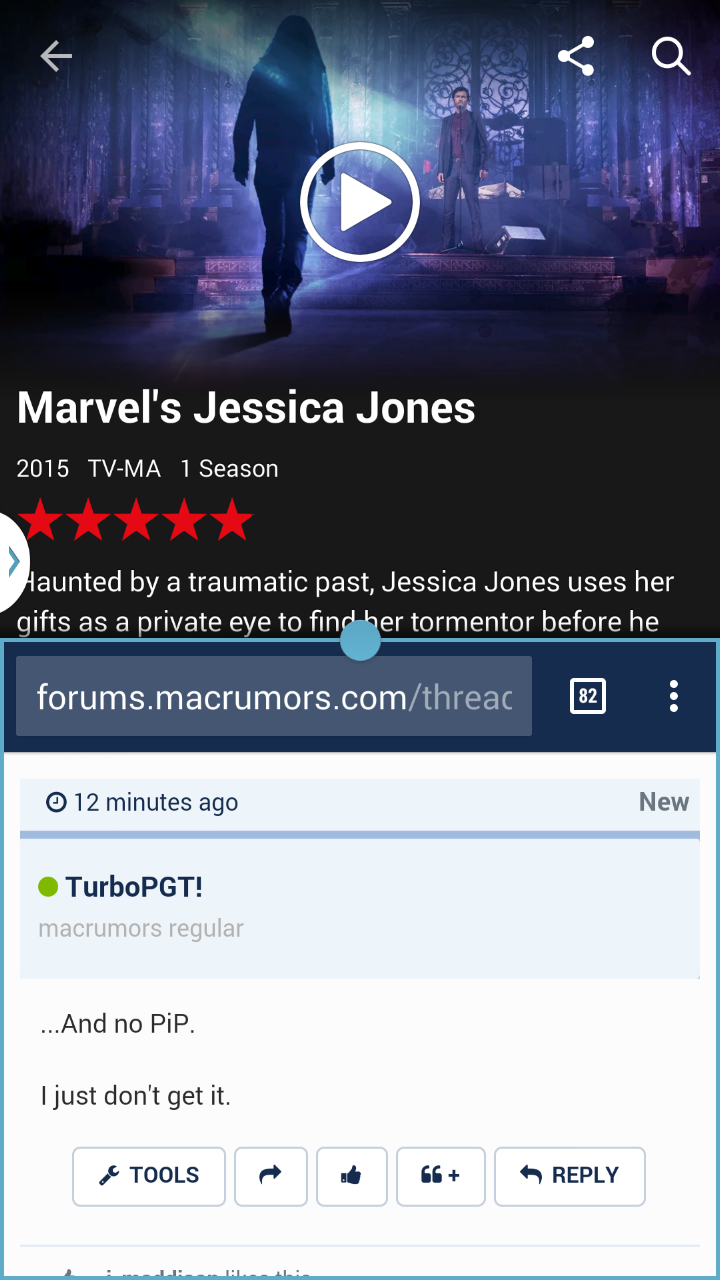 And split-screen and PiP options are offered by iOS now (at least for iPads) so it's up to the app developers to take advantage of them.
Score: 3 Votes (Like | Disagree)

I just don't get it.

You want to watch two Netflix shows on the same screen?

Pip lets you keep the video playing in a small box while you use other apps.
Score: 3 Votes (Like | Disagree)

i really don't like how Netflix works on the new Apple TV, it just lets you binge on! It had been bothering me for some time now, as sometimes i fall asleep watching something on Netflix and its just goes on and on, even after the TV goes off. Then I have to wake up and scroll back up to the last episode i remember watching. First world problem, i know... but you'd think that issue would've been resolved by now.
Score: 1 Votes (Like | Disagree)
Read All Comments