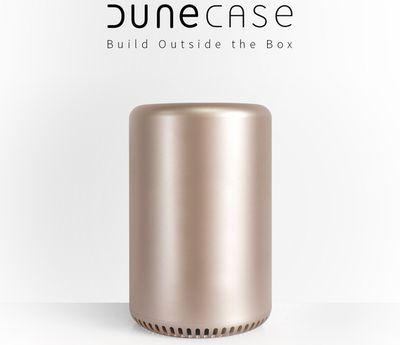 Available in black or gold and made of aluminum, the Dune Case promises "an innovative housing" that's a "sleek and stylish" alternative to standard PC cases. The page doesn't reference the Mac Pro, instead treating the design as a fresh idea.

Its cylindrical form promotes natural airflow for superb thermal performance and provides freedom and flexibility to customize configurations. The conventional approach for air flow management is to move it horizontally through the PC, leaving many areas with no circulation and recycled hot air. the Dune Case design promotes superior thermal dynamics by pulling the air vertically up and out through its aerated lid; aiding natural air flow and keeping temperatures down.

While a Mac Pro is priced at upwards of $2,000, the Dune Case PC case is being sold at an early bird price of $159. The Dune Case has thus far raised $38,000 out of $130,000 and there are 26 days to go on the campaign, but given the similarities to the Mac Pro, there's a chance Apple could make an effort to shut down the project before it's funded.

Until Apple make a fricken Mac Pro-Sumer this is what we're stuck with having to do. Where's our i7 with dedicated and user swappable gpu.
Score: 30 Votes (Like | Disagree)

OtherJesus
Samsung is kicking themselves for not kick starting this Kickstarter first.
Score: 24 Votes (Like | Disagree)

elvisimprsntr
i've already got one. I can wave my hand over it and the top opens up.

there's a chance Apple could make an effort to shut down the project before it's funded.

It's a pity that no trash can maker didn't shut down the new Mac Pro project before it was released to the public.
Score: 13 Votes (Like | Disagree) 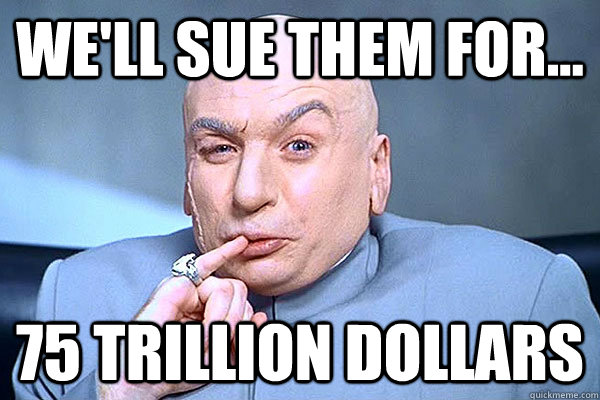