Using a new sensor structure and new materials, Japan Display has managed to decrease the thickness of the bezel, going from 0.8mm to 0.5mm. A deeper black level is available, and the display can accept input with a stylus as narrow as 1mm for finer detail when drawing or writing.

Perhaps the most intriguing feature in the LCD module is its ability to operate with wet fingers. Many current smartphone screens are unable to work accurately under water and when fingers are wet as water is capacitive and confuses the built-in touch sensors. 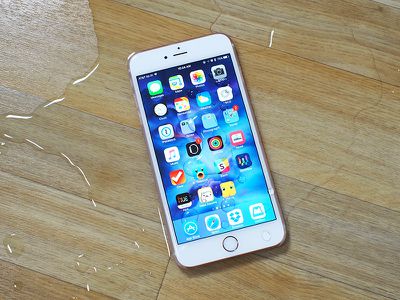 iPhones, iPads, and the Apple Watch, for example, don't respond well to touch with wet fingers or when placed in water, so technology like this could be essential if Apple wants to have a functional display in a device advertised as "waterproof." Some iPhone 7 rumors have indicated the next-generation iPhone could be a waterproof device.

In a report earlier this week, The Motley Fool highlighted Japan Display's second-generation "Pixel Eyes" technology and the possibility it could be included in the iPhone 7. Volume shipments on the displays will begin during the current quarter, making them available for possible inclusion in the iPhone 7 when Apple begins ramping up production during the summer months.

Regardless of whether Japan Display's technology ends up in the iPhone, the advancements made by the company serve as an interesting glimpse at features that could be adopted more widely by the display industry in the future, eventually making their way into Apple's devices.

Benjamin Frost
Still too much bezel. Don't want any.

Chupa Chupa
Maybe it's just that Valentines day is so close, but that headline feels dirty. :D
Score: 6 Votes (Like | Disagree)

gsmornot
If they apply this to the Touch ID that would be nice. If my finger is wet at all it will not read my print and unlock. Dry finger, quick open. Wet finger, no open.
Score: 6 Votes (Like | Disagree)

nepalisherpa
Ive - "Slimmer bezels are good but how I can I continue making the devices thinner?" :(
Score: 3 Votes (Like | Disagree)

B4U
Would this technology also work on the touch ID?
I can't unlock the phone right out of shower when my fingers are slightly damp...
Hopefully I am not the only one facing this issue.
Score: 3 Votes (Like | Disagree)
Read All Comments