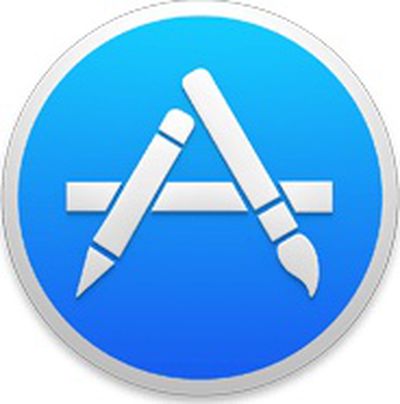 Today's Mac App Store update is available to all OS X Snow Leopard users and can be downloaded through the Mac App Store's software update mechanism.

Before becoming available for public release, the OS X Snow Leopard Mac App Store compatibility update was made available to developers on January 20 for testing purposes.

OS X Snow Leopard (aka OS X 10.6) was first released in 2009. As software that has been discontinued and is run primarily on older machines, Snow Leopard updates are few and far between. The last significant Snow Leopard update, aside from security fixes, was introduced in 2011 ahead of the release of OS X Lion.

I miss Apple caring about quality in OS X a lot more.
Score: 24 Votes (Like | Disagree)

I miss Apple caring about quality in OS X a lot more.

I absolutely agree... Right now the quality of iOS/OS X upon new release is really questionable, bugs galore... You'd think this public beta stuff would help, but it doesnt seem so...

But then again, what do you expect when they spend valuable time on stilly "features" like Live Photos.
Score: 10 Votes (Like | Disagree)

loby
The love affair mentality that some are making fun of is not what you think of as a "love affair", but a desire just to have an OS X that is fast, reliable and able to support your software and not make you have to upgrade your software or drivers every time (yearly) a new OS comes out.

When OS's were first created, they Were originally just to create a platform and an envoiroment for software to run and was not focused On being complicated, overbearing, or take away or exceeding its reason of existence: to allow software to run. Now OS's have grown to do more than its original first task and now causes excess conflicts with other software functions more so now and creates more and more bugs to deal with that take at least four versions to fix on average. Not to say this evolution is bad necessarily (of course new features are nice), but it causes complicated issues with users who use software to make a living or do not have the money to keep buying upgrades to their already working software.

People say, "Then don't upgrade." No....eventually you are forced due to lack of continued support and or security issues or having to buy a new computer (no backward OS X comparability). Yes, Apple supports their OS X's for a reasonable time, but in the era of Snow Leopard to Lion and the execution of 32-bit when Mountain Lion came out (within a three year period) many of us who had invested in serious hardware that ran on 32-bit platforms were screwed Due to not working any longer or no driver support with the removal of Rosetta.

People say, "It is not Apples's fault, but is the third party companies not providing support on their equipment.." No...with now every year a changing OS X, companies cannot keep up, but just produce newer software or hardware instead while their old equipment (old-now three years ago or three OS X's ago) becomes land fill.

This is why I believe people still like Snow Leopard concept. After the usual working out of the bug period, it became a solid OS X, fast, and ran ALL of my software and hardware..finally. But then the next year when Lion came out...things changed (and this is still the same trend now). Back to having to do it all over again. Yes, you could boot up in 32-bit mode in Lion, but Lion seemed to be an unfinished product, as Mountain Lion seem to be the focus and real goal. Same as today. Plus, during that time, Apple started to make changes internally when Steve Jobs had exited due to health problems and new programmers and leads entered the scene with a different idea and approach. Again not totally bad, but direction and quality lessen as we still suffer today. Yearly unfinished OS X's and then another comes along....

It is the Snow Leopard concept that people have a "love affair" with. Some love an OS X that "just works". OS X Snow Leopard eventually did that.
Score: 8 Votes (Like | Disagree)

This is all about keeping a faltering revenue source (and you'd think it would be a small one) open for Apple. Nice to see, but it is odd.

Unlikely to be anything to do with revenue. It's because you can't upgrade to El Cap etc. if the App Store doesn't work. They're just keeping the upgrade path functional.
Score: 6 Votes (Like | Disagree)

logicstudiouser
I really miss Snow Leopard a lot! If it wasn't for certain apps I rely on that require 10.7 or later, I would still be on it. I don't need all the iCloud garbage that is just clogging the more recent OS releases.
Score: 5 Votes (Like | Disagree)
Read All Comments