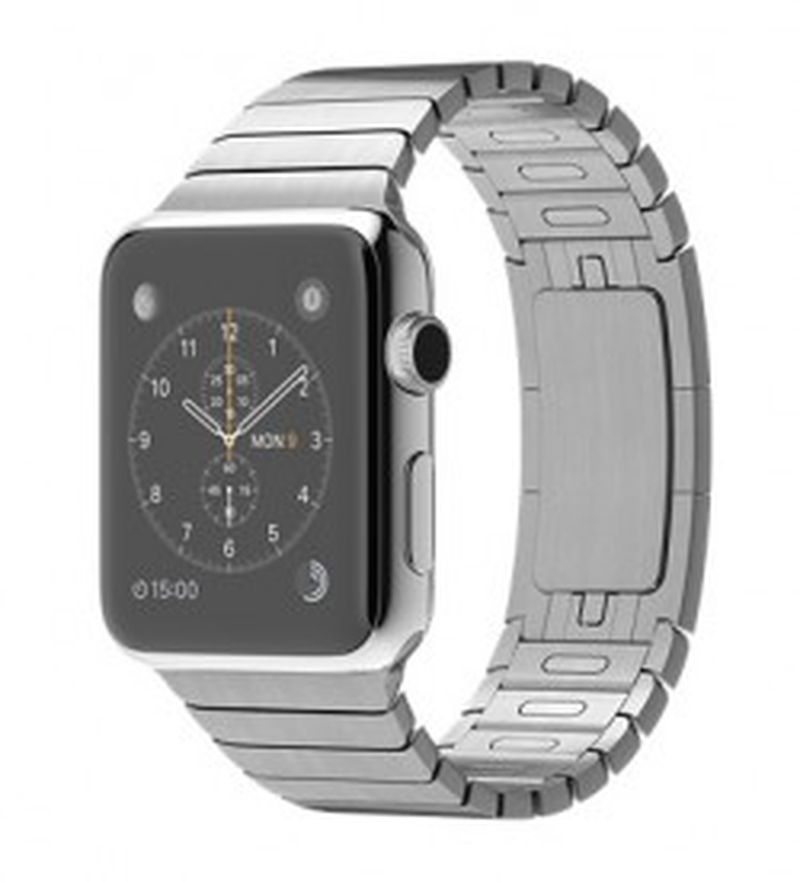 One of the Apple Watch features Apple often highlights is the device's precise timekeeping, which Apple says is within 50 milliseconds of the global time standard. Apple's VP of Technology, Kevin Lynch, today spoke with Mashable and The Telegraph to share some details on how Apple achieves that level of accuracy.

Lynch told Mashable that the Apple Watch is so accurate that the hands of two Apple Watches placed next to one another will move in perfect unison. This is achieved primarily through 15 Network Time Protocol (NTP) servers that Apple has around the world, kept inside of buildings with GPS antennas that connect to GPS satellites broadcasting time data from the U.S. Naval Observatory in Washington, D.C. The Observatory houses an ultra accurate atomic clock, which uses electronic transition frequency to measure time.

Apple's time servers communicate the time to iPhones across the world, and the iPhone in turn syncs with the Apple Watch via Bluetooth to provide the exact time. Communicating a GPS signal from a server to an iPhone to an Apple Watch over Bluetooth has its own delays, which Apple corrects for via software. Apple's NTP servers make sure iPhones and Apple Watches keep time at "Stratum One" accuracy, within milliseconds of "Stratum Zero" devices.

"The second hand on every Apple Watch is perfectly in sync, and each device is accurate to 50 milliseconds of Co-ordinated Universal Time (UTC), the world's time standard, which is below human perception, so when you look at it you can't tell the difference," he explains.

With New Year's Eve approaching, Lynch says Apple Watch owners will have the most accurate watches in the room. "If you're in a room on New Year's Eve wearing one, you will be the best reference for when the New Year actually begins," he said.

marketing at its best
Rating: 35 Votes

X--X
It's so precise that their digital watch face does not even show seconds (and no way to turn it on)!!!!
Rating: 34 Votes

oneMadRssn
I need my watch to (a) correct for relativistic effects of my movement, and (b) take into account the time it takes for the light to travel from the watch face to my eyes, adjust automatically based on the distance between the two, and the time it takes the signal to travel from my eyes to my brain. Time must not be just precise, it needs to be precise as to exactly when I perceive it. Also make it thinner.
Rating: 25 Votes

Am I the only one that doesn't care about time accuracy that much?

I find it strange that a culture so obsessed with tracking the accurate time actually wastes so much of it.
Rating: 23 Votes

captain cadet
Am I the only one that doesn't care about time accuracy that much? My non smart watch is about 1 minute out and I dont see why I need to change it - yes it be on time but 1 minute either side isn't going to make a difference - you dont tell people the time is exactly 3.03pm but you say 3.05 or 3.00 or just past...
Rating: 23 Votes

MNJohn
I'd rather hear an explanation of why the MacPro and most of Apple's laptops are technologically outdated and when they will be updated.
Rating: 21 Votes

Okay, you're wrong. You assertion is based on misunderstanding the difference between a GPS satellite and an NTP server.

GPS (Global Positioning System) is a system that involves a series of satellites in orbit, broadcasting an extraordinarily accurate reference signal. Using this signal, with the appropriate hardware, one can get very accurate location information, and, as a side effect, very accurate time. NTP (Network Time Protocol) is a long-standing network protocol (agreed-upon communication standard) for synchronizing the time between multiple computers, taking into account the time lost to sending the necessary signals between the computers. It gets much more complicated that that*, but the nice part is that the code to implement NTP servers and clients has all long since been written and thoroughly debugged. A lot of the functionality discussed in the article is inherent in the NTP standard and the common implementations of it.

Setting up a surprisingly accurate NTP server is not hard, it takes a computer (you could use a RaspberryPi for well under $100), the NTP server software (freely available and built into UNIX and Linux) and a GPS receiver/antenna to synchronize with a known good source - the GPS satellites (also under $100). I have no doubt that Apple has 15 NTP servers of its own scattered around the world (indeed, the hostname time.apple.com will evaluate to a list of server IP addresses). Of course, they've likely sweated the details to make them as accurate (and robust) as possible.

*: (Among other things, when NTP servers/clients discover that their notion of the time is slightly off, they don't "reset" to the right time, like you would a clock, instead they temporarily very slightly adjust the length of a second, so that they slowly catch up, or slow down, the amount needed; this sounds like a minor esoteric detail, but turns out to be very important to make sure that the time they hand out is always monotonic and increasing - time never replays a second or skips a second - this is really important with databases and log files and such, to keep things consistent. They also have a lot of code to ensure a pool of connected machines agree on the time, are able to ignore a member of the pool that somehow gets wildly out of sync, etc. Very good error handling. Interesting stuff. I've worked in the past on teams running network services, like nameservers, webservers, and NTP servers.)
Rating: 18 Votes

AZREOSpecialist
It's still ugly as hell and nobody wants it.
Rating: 16 Votes

Just give us a watch with a round face so we don't look like we have a computer attached to our wrists, will ya?
Rating: 15 Votes