While iPhone 6s and 6s Plus users can share Live Photos with each other through services like iMessage, the hybrid image / video can't be easily shared to social networks. Today, Tumblr updated its iOS app with Live Photos support, making it the first major social network to do so.

As TechCrunch notes, Tumblr users tend to upload, share, and re-share GIFs and other kinds of animated images, including memes, at a rapid rate, likely making Tumblr the first place where Live Photos would be widely seen and viewed.

The app was also updated with 3D Touch support. Now, users can press down on the app's icon to search the service from their home screen, activate Live Photos, and peek and pop into other users' Tumblrs by clicking on their name or avatar. While Tumblr does support Live Photos, they're only viewable within its iOS app. Other updates to the Tumblr app include the ability to send a post to any Tumblr user and messaging.

Tumblr for iOS is available in the App Store for free. [Direct Link]

allenvanhellen
I laugh even more now at the people who mocked Live Photos as "just animated GIFs". Last time I checked, you couldn't make a 12-megapixel true-color animated photo and GIF with the press of one button.
Score: 7 Votes (Like | Disagree) 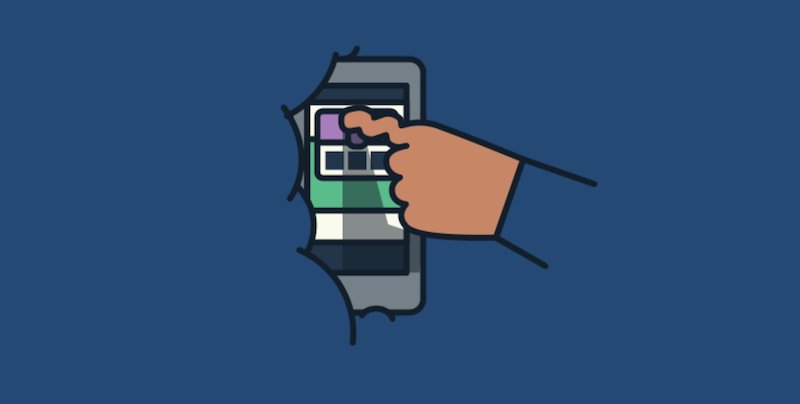 That finger looks quite compromised.
There is no cure for that.
Score: 4 Votes (Like | Disagree)

AtheistP3ace
This is cool. I've got to admit with some playing around and the right moments Live Photos have grown on me.
Score: 2 Votes (Like | Disagree)

garirry
I don't use Tumblr, but that's a nice update. Hopefully Twitter and such get those updates as well.
Score: 2 Votes (Like | Disagree)

Tumblr, what a cesspit that site is. If 4chan is the urinals of the net, tumblr and their sanctimonious activists would be the commode.

Friday January 22, 2021 3:34 am PST by Tim Hardwick
Apple is working on a "thinner and lighter" version of the MacBook Air that the company plans to release during the second half of this year at the earliest or in 2022, according to a new report by well-connected Bloomberg journalist Mark Gurman. It will include Apple's MagSafe charging technology and a next-generation version of the company's in-house Mac processors. Apple has discussed...
Read Full Article • 147 comments