Monday October 26, 2015 6:38 am PDT by Eric Slivka
In line with the target date announced by Tim Cook last week, Apple is now allowing customers to place online orders for the new Apple TV set-top box. The new Apple TV is available with either 32 GB of storage for $149 or 64 GB for $199, and orders will begin shipping to customers later this week, with the earliest deliveries being set for October 30 for those who opt for one-day shipping.

Alongside the box itself, Apple is also selling extra Siri Remotes for $79 and Remote Loop wrist straps for $12.99. Two-year AppleCare coverage is also available for $29.

Outside of the United States, the new Apple TV is available in a number of countries, with pricing for select locations as follows: 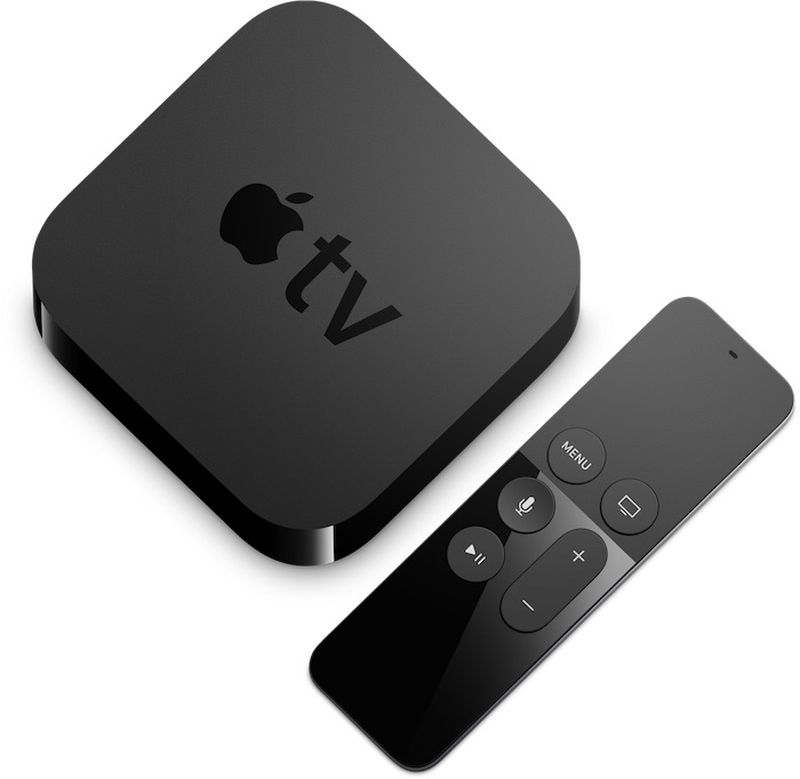 The new Apple TV brings a number of improvements in both hardware and the user experience, led by a full App Store with support for third-party apps and a new touch-based remote that supports Siri-based controls in select countries. Universal search allows users to find available content across different services, and Apple intends to open this feature up to developers to allow their content to be included.

On the hardware side, the new Apple TV includes an A8 chip with 2 GB of RAM, supporting up to 1080p video at 60 frames per second. The new remote for the Apple TV includes a glass touchpad as well as an accelerometer and a gyroscope that allow it to serve a game controller. Third-party Bluetooth controllers are also supported.

My friend received a dev unit a month ago. His advice to me or anyone who owns an Atv3 right now it's not worth the upgrade. Nothing too impressive as far as a usage standpoint goes, remote is cool but $150 for a remote upgrade isn't worth it. Of course this is for now. Later Down the line hopefully it gets better.

I just got Roku players, this past year and have 2 Atv 3s. Roku with Plex is way better IMO.Beautiful interface and Plex > iTunes for ripped material. Also it has SlingTV and better looking Netflix menus. Great experience and the stick version can be gotten for free these days.

Of course anyone with a dev unit will say that, there are no apps on it. Not even the ones that come stock with the previous aTV (Netflix, HBO, etc). It's just a bare OS for you to test your apps on. The App Store is what's going to make the new model worth the purchase.
Rating: 10 Votes

Too rich for my blood. 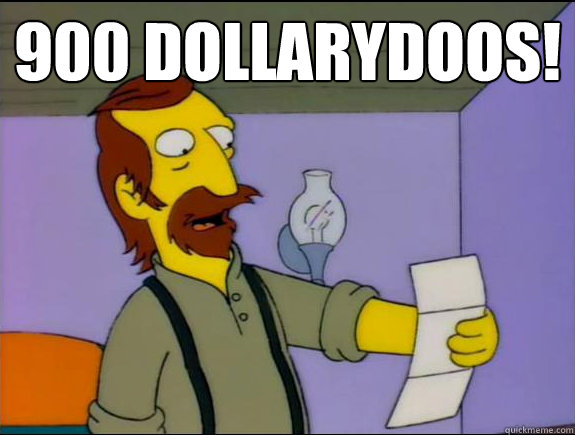 Yes I am totally aware of that.
But Apple is so rich they can afford to swallow some of that currency fluctuation.
Did our wages increase? No. So have Apple products gotten more expensive for Canadians? Yes.


many people are poorer than you. why don't you share your money with them? kind of like social welfare.

Like any businesses, Apple is here to make money. I am sure you would do the same if you own a company.
Rating: 10 Votes

I purchased a 3rd gen a few weeks ago even knowing this was out because I prefer it as a product.


Honestly, I'm not sure I believe you.

You seriously care that much about how it looks in your TV device stack versus how it actually works and the new features? (Including all of the updates Apple will make in the coming years to the OS?)

You seriously care more the looks of something that is basically invisible in a home—it's not a watch, classic car, or fashion piece—over all of the killer apps and games coming in the app store?

If you really hate the design that much, you couldn't just hide the tiny device behind your cable box—which is uglier—or the modem router—which is also uglier—or gaming console or a book or a flower pot, and enjoy modern capabilities? Including when they add cord-cutting features?

Nah, I don't believe you. It's nice fodder to fan some flames on the message boards, but I'm calling shenanigans.
Rating: 7 Votes

No 4K, so already behind the state of the art. Had to get the RoKu 4, with 4K and VuDu. (Just one of multiple 4K streamers available or about to be available).


Wrong 4K isn't state of the art anything. There isn't much 4K content and it doesn't beat 1080p unless you have an enormous sized tv and you sit closer to it to see the actual difference in the pixels or quality.

You say it's behind the state of the art yet it's going to be the number one selling over the other options lol just watch and see.
Rating: 7 Votes

just used the app and its there

Bryan Bowler
For those of you who are tempted to upgrade to 64 GB, but are hesitant about the price, you can effectively reduce the cost of the upgrade to only $36 by waiting an extra 8-11 days and ordering the new Apple TV from B&H Photo, where you don't have to pay tax unless you are ordering from within New York. Free expedited shipping through B&H, so you'll get it pretty quick. And the $14 saved in tax (approximate) goes toward the cost of the 64 GB upgrade...
Rating: 6 Votes

ck2875
I wonder how many seconds it will until third party condom cases become available for the Apple WiiMote. Apple seems to have the strap covered so that they can blame you when you don't spend an extra $13 to prevent yourself from flinging the remote at your tv.

Also, how secure can a strap be that is attached via the lightning connector port?

On the other hand (pun?), can said lightning connector wrist strap also be used to carry around your iPhone / iPad / Pencil / Magic Trackpad / Magic Mouse 2? 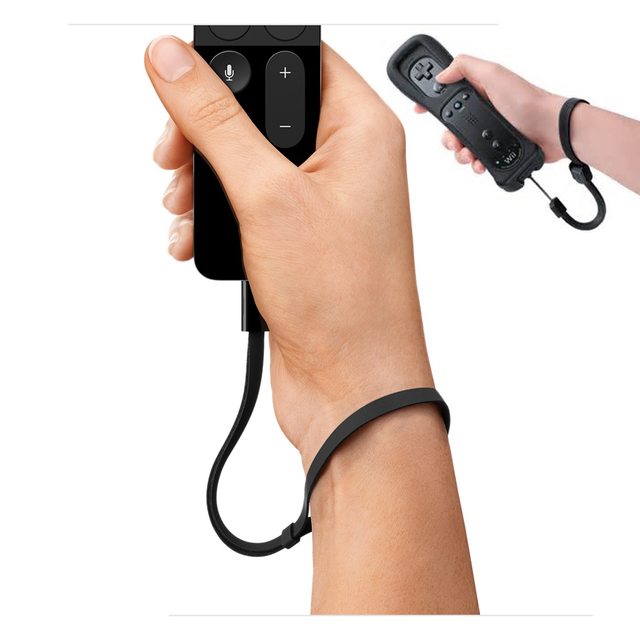