Apple's line of newly updated 5K Retina 27-inch iMacs with Skylake will support up to 64GB of RAM, an upgrade from the previous-generation 27-inch Retina iMacs that would only support a maximum of 32GB of RAM. According to OWC, The current 27-inch Retina iMac includes four memory slots that support up to 16GB of memory per slot for a total of 64GB.

Image via OWC
Build-to-order options for the 27-inch Retina iMacs only allow it to be purchased from Apple with a maximum of 32GB RAM, but OWC will offer 16GB modules in 48GB and 64GB configurations for the new iMac. OWC plans to start selling its new 48 and 64GB kits tomorrow, and pricing is as follows:

The new 27-inch iMacs were announced this morning and are available from Apple retail stores and Apple's online store. Pricing for the machines starts at $1,799 for a 3.2GHz quad-core processor, 8GB RAM, 1TB hard drive, and an AMD Radeon R9 M380 graphics card.

landroverz7
Most users here don't need 64GB Ram, but what they do need is 64GB storage standard on iOS devices :)
Score: 35 Votes (Like | Disagree)

JXShine
I think the 5400rpm HDD is the part that needs upgrading.
Score: 27 Votes (Like | Disagree)

AustinIllini
4000 instances of Safari will be snappier
Score: 25 Votes (Like | Disagree)

Chrjy
How times have moved on!

This is great news until the next version when Apple decides it's too thick and the RAM needs to be built-in to get it just a little thinner!

It always amuses me how people seem to think the iMac is "thin" - yeah - at the EXTREMITIES, but then so am I :D
Score: 18 Votes (Like | Disagree)

TMRJIJ
Me and my Macbook Pro 7,1 with only 8 GB of RAM 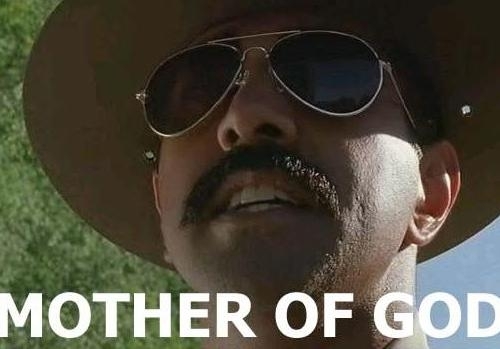 Wednesday August 5, 2020 12:56 pm PDT by Joe Rossignol
One of the biggest new features of iOS 14 is Home Screen widgets, which provide information from apps at a glance. The widgets can be pinned to the Home Screen in various spots and sizes, allowing for many different layouts. When the iOS 14 beta was first released in June, widgets were limited to Apple's own apps like Calendar and Weather, but several third-party developers have begun to test ...
Read Full Article • 32 comments

Tuesday August 4, 2020 11:14 am PDT by Juli Clover
Apple today released the fourth developer betas of iOS and iPadOS 14 for testing purposes, tweaking and refining some of the features and design changes included in the update. Changes get smaller and less notable as the beta testing period goes on, but there are still some noteworthy new features in the fourth beta, which we've highlighted below. - Apple TV widget - There's a new Apple TV...
Read Full Article • 85 comments

Monday August 3, 2020 3:14 am PDT by Tim Hardwick
Apple last week confirmed that its "‌iPhone‌ 12" launch will be delayed this year due to the ongoing global health crisis and restrictions on travel. Apple last year started selling iPhones in late September, but this year, Apple projects supply will be "available a few weeks later," suggesting a release sometime in October. We're expecting a total of four OLED iPhones in 5.4, 6.1, and...
Read Full Article • 95 comments

Thursday August 6, 2020 8:13 am PDT by Hartley Charlton
An image supposedly of an iPhone 12 display unit has been shared online by leaker "Twitter user Mr. White". Compared to images of an iPhone 11 Pro display piece, this new unit has a reoriented display connector, reaching up from the bottom of the display, rather than from the left-hand side on iPhone 11 Pro. This may be due to the logic board moving to the other side of the device. A...
Read Full Article • 54 comments

Wednesday August 5, 2020 1:45 pm PDT by Juli Clover
Google this week launched its newest smartphone, the $349 Pixel 4a, a low-cost device that's designed to compete with other affordable devices like Apple's iPhone SE. We picked up one of the new Pixel 4a smartphones and thought we'd check it out to see how it measures up to the iPhone SE, given that the two devices have such similar price points. Subscribe to the MacRumors YouTube channel ...
Read Full Article • 127 comments

Saturday August 1, 2020 3:43 pm PDT by Frank McShan
Apple in March purchased weather app Dark Sky, and at that time, Dark Sky's developers said that the app's Android version would be discontinued on July 1, 2020. However, instead of shuttering the app on that date, the app's developers announced that the discontinuation would be delayed for another month. Now that it's August, Android users are no longer able to access the app, and...
Read Full Article • 133 comments

Wednesday August 5, 2020 10:07 am PDT by Juli Clover
Samsung today held a virtual Galaxy Unpacked event where it unveiled its next-generation smartphones that will compete with Apple's 2020 iPhone lineup, set to come out in the fall. Samsung announced the launch of the Galaxy Note 20 and the Galaxy Note 20 Ultra, the two newest devices in the Note lineup, and, more notably, the Galaxy Z Fold 2, Samsung's latest foldable smartphone. The...
Read Full Article • 201 comments

Wednesday August 5, 2020 4:39 am PDT by Tim Hardwick
New images shared on Weibo appear to show a circular array of magnets housed inside an "iPhone 12" chassis. The unverified images depict 36 individual magnets in a circular arrangement, suggesting they could be related to mounting or charging. EverythingApplePro, who shared the Weibo-originating images on Twitter, also posted an image of an alleged iPhone 12 case with a similar array of...
Read Full Article • 58 comments