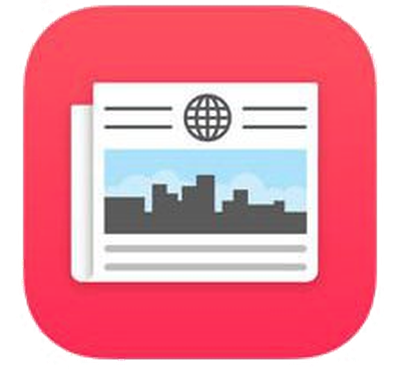 Apple News launched on iOS 9 this week in the U.S., delivering the latest stories from large publications and independent blogs alike in one mobile-friendly format on iPhone, iPad and iPod touch.

Apple has set attractive monetization terms for Apple News, allowing publishers to collect 100% of revenue earned from ads they sell and 70% of revenue from iAds inventory sold by Apple.

In return, publishers appear ready to give Apple News a chance. In addition to several high-profile publications that have signed on for the service, including Bloomberg, CNN, ESPN and The New York Times, at least one has decided to offer exclusive early access to select content through the app.

Re/code editor Peter Kafka recently tweeted that an upcoming Wired feature about "starchitect Bjarke Ingels" will be available exclusively on Apple News at 3 PM Eastern today, with expanded availability on the web next Tuesday -- a four-day exclusive window on Apple News.

Wired parent company Conde Nast, which also publishes Vanity Fair, GQ, Epicurious, Teen Vogue and Conde Nast Traveler, will be pushing sponsorship opportunities to advertisers, which is perhaps a more viable monetization strategy with the emergence of content blockers on iOS 9. It has already signed up Burberry, Ford, Campbell Soup and Reynolds to flat-rate deals.

Apple News has the potential to command a large audience due to widespread adoption of iPhones and iPads, but it remains to be seen how popular the app will be with Facebook, Twitter and other platforms for consuming digital content vying for reader attention. News Corporation shut down its iPad newspaper The Daily in 2012, while Conde Nast has attempted exclusive iPad content in the past with little fanfare.

But I recall Conde and Apple pushing windowed "exclusives" to iPad editions in 2010. No one cared. — Peter Kafka (@pkafka) September 18, 2015

What is it with Apple on using pink in their app icons? Oh, I'm sorry. I mean rose gold.

What is it with all the whining here? Oh, I'm sorry. This is MacRumors, err, I mean MacWhiners.
Score: 7 Votes (Like | Disagree)

I have to wonder how many people actually use this?

I do, ditched Flipboard for it. Loving it.
Score: 5 Votes (Like | Disagree)

sniffies
What it really needs to be usable:

- sort by oldest
- mark as read on scroll
- already read indicator
- show ALL articles from my channels, not just the ones Apple thinks are popular

Give me all of the above, and I'll divorce Feedly.
Score: 4 Votes (Like | Disagree)

Razeus
What is it with Apple on using pink in their app icons? Oh, I'm sorry. I mean rose gold.
Score: 2 Votes (Like | Disagree)

MacBH928
Who pays for news these days? Its not 1984. Anything you want can be found in multiple news sources
Score: 2 Votes (Like | Disagree)
Read All Comments

Tuesday December 6, 2022 2:31 pm PST by Juli Clover
Apple is aiming to launch an Apple-branded consumer-oriented vehicle by 2026, and its goal is to hit a price point under $100,000 to make the car appeal to a wider range of customers, reports Bloomberg. Apple initially planned to design a car that might look similar to Canoo's Lifestyle Vehicle, where passengers could face one another in a limousine-style car with no steering wheel or...
Read Full Article • 310 comments