Microsoft to Lay Off 7,800 Employees 'Primarily' in its Phone Business 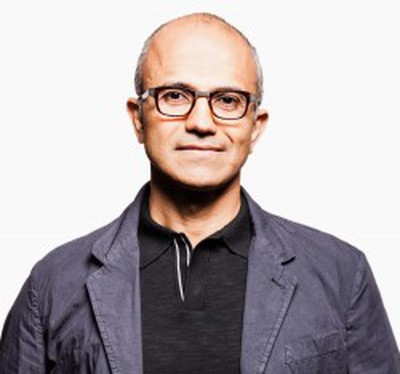 In a letter to Microsoft employees sent out this morning, company CEO Satya Nadella confirmed that over the next few months Microsoft will undergo a massive restructuring mainly focused on its phone business and which will see the loss of "up to 7,800 positions globally."

In addition, the company will take a $7.6 billion impairment charge and an estimated restructuring cost of $750 million to $850 million as Microsoft attempts to rebuild its phone hardware division after its 2013 acquisition of Nokia's hardware units that has failed to generate momentum.

In his letter to Microsoft employees, Nadella reaffirmed that he doesn't take such changes lightly, and that the company has plans for its future, with Microsoft moving from a hardware-focused phone strategy and pivoting to the building of a "vibrant Windows ecosystem."

I don’t take changes in plans like these lightly, given that they affect the lives of people who have made an impact at Microsoft. We are deeply committed to helping our team members through these transitions.

As the iPhone and Android devices have taken increasingly large shares of the smartphone market, Microsoft's Windows Phone division and BlackBerry have struggled to compete, seeing their market shares fall to the low single digits in many countries. Nadella's suggestion of Microsoft's phone business shifting to a more software-focused angle could point towards services like Cortana -- already announced to be coming to iOS later this year -- seeing an increase in attention and focus from Microsoft in the coming months.

JoJack82
That's 7500 more people than the number of people who own a Windows phone.
Score: 36 Votes (Like | Disagree)

diddl14
Wow. That's a sad ending of the Nokia legacy. These guys made great phones..
Score: 18 Votes (Like | Disagree)

BigMcGuire
"We are deeply committed to helping our team members through these transitions." You're fired. Kthxbai.
Score: 15 Votes (Like | Disagree)

Wow. That's a sad ending of the Nokia legacy. These guys made great phones..

The Nokia ringtone will live on in our hearts.

"We are deeply committed to helping our team members through these transitions." You're fired. Kthxbai.

No kidding. Those poor people. It's the thing I hate most about working for "The Man". You're not even human anymore. You're a 'resource' and if the money isn't there, you can go starve in a ditch for all anyone at your company gives a rat's ass.
Score: 13 Votes (Like | Disagree)

FSMBP
I wish Microsoft's Windows Phones were successful. They came out in 2010 with a modern UI before iOS or Android. They integrate with PCs very nicely & they are responsive devices.

I feel like if it was Microsoft vs. Apple on the phone business, Apple would be further pushed to dominate/innovate in software (just like Apple did with Mac OS X in the early/mid 2000s).
Score: 7 Votes (Like | Disagree)
Read All Comments