Apple today started selling a new Lightning connector dock compatible with the iPhone 6, iPhone 6 Plus, iPhone 5s, iPhone 5c, iPhone 5 and fifth-generation iPod touch. The dock retails for $39 on the Apple Online Store in the United States, with an estimated shipping date of 1-3 business days as of publication time. The dock is also available in other countries, although prices vary depending on the local currency.

The long-anticipated Lightning dock arrives nearly three years after the Lightning connector made its debut on the iPhone 5 in September 2012, and succeeds the original 30-pin dock that Apple previously sold. Of course, given that Apple's official Lightning dock is long overdue, a number of accessory makers have already released third-party docks over the past several months and years.

The new Lightning dock has a smaller form factor that no longer cradles the device, making it compatible with both the iPhone 6 and iPhone 6 Plus and likely other iOS devices with Lightning connectors in the future. The dock also features a 3.5mm headphone port on the rear for audio out, enabling music and podcasts from an iPhone to be played on powered speakers and stereo systems.

BeSweeet
No back support? That worries me... 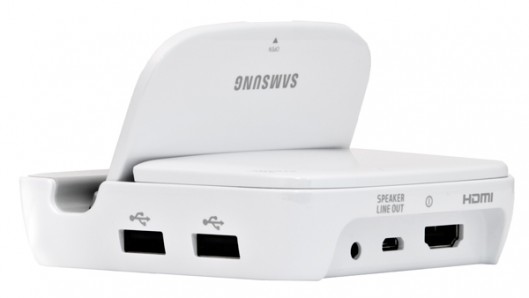 dlimes13
Well that was unexpected.
Score: 32 Votes (Like | Disagree)

alireza76
no back support? it's looks like we can't touch the 6 Plus while docked
Score: 24 Votes (Like | Disagree)

Fietsbel
$39 dollar for that? seems a bargain!

itsOver9000
looks like that would snap right off of there...
Score: 20 Votes (Like | Disagree)
Read All Comments