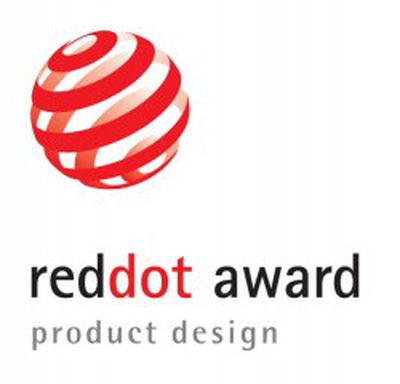 Still three weeks away from being released to the public, the Apple Watch has received another design award for Apple ahead of launch, this time receiving the "Best of the Best" designation by the German Red Dot design awards (via aBlogtoWatch).

Previously winning the Gold Award, and being called "an icon", at the International Forum Design awards earlier in March, the Red Dot award counts a second win for the wearable in the design category before its April 24 launch date.

The Apple Watch wasn't alone in the smartwatch category, however, as the MB&F HM6 Space Pirate horological smartwatch also received the "Best of the Best" designation.

The Red Dot jury judged the Apple Watch, and all products in the category, on its functionality, durability, ergonomics, and even "symbolic and emotional content", amongst other criteria. As aBlogtoWatch points out, there's a drastic monetary difference between the two winning smartwatch devices this year, even when comparing the $17,000 Apple Watch Edition to the Space Pirate.

Red Dot design award jurors understandably fawned over what is still, by far, the best-looking smartwatch, even though it isn't on the market yet. Given the limitations of technology, as well as the potential of what can come of connected smartwatches, I think it makes a lot of sense that the Red Dot award jury decided to not only recognize the Apple Watch, but consider it as a "Best of the Best" product.

It's an interesting Best of the Best Red Dot watch design award this year, as, on the one hand, you have the $230,000 MB&F HM6 Space Pirate that is limited to just 50 pieces, and on the other hand, you have the mostly $1,000 and under Apple Watch that could easily have 50 million units on wrists before long.

The Product Design category of the Red Dot awards celebrates 31 total areas of design, including everything from living room furniture to vehicle accessories, with the "Watches" category getting introduced this year to compensate for the increasingly crowded smartwatch market.

The Product Design category specifically in 2015 had 4,928 entries with only 81 total products receiving the "Best of the Best" award recognition. A gala will be held this June 29 at the Aalto-Theater in Essen, Germany for all of the Best of the Best Red Dot award winners. The winners not only receive the Red Dot designation materials to use on product packaging and marketing, but will have their products displayed in the Red Dot Design Museum in Essen for up to a year.

PhoenixDown
Why do they have a red AT&T logo?
Score: 16 Votes (Like | Disagree)


Too late, there's one above you already

come. on. seriously, a DESIGN award for the apple watch...

phentex
come. on. seriously, a DESIGN award for the apple watch...
Score: 14 Votes (Like | Disagree)

bawbac
Money can make a company say anything...
Score: 12 Votes (Like | Disagree)

ggibson913
I am an Apple fan but even I have to roll my eyes at giving a design and functionality award to something that isn't even in the wild yet. Wouldn't it be funny if the thing didn't work?
Score: 11 Votes (Like | Disagree)

thekeyring
In before "But the watch is ugly" / "The moto 360 is better" / "But it's SQUARE, not ROUND" type comments.
Score: 9 Votes (Like | Disagree)
Read All Comments