Nintendo Bringing Mario and Other Games to Smartphones and Tablets 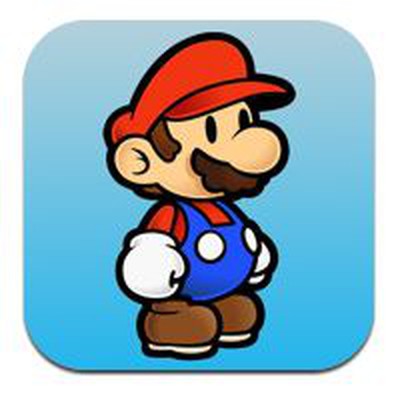 Nintendo announced on Tuesday that it has partnered with Japanese mobile game maker DeNA to jointly develop games for smartphones, tablets and PCs, meaning that new titles based on iconic franchises such as Mario, Pokemon and Zelda could soon be available on devices such as iPhone, iPad and Mac. Nintendo will purchase a 10% stake in DeNA for $182 million as part of a cross-shareholding deal, according to The Wall Street Journal.

Nintendo consistently refused to license its intellectual property to other platforms, fearing that doing so may threaten its traditional, console-based business model. Nevertheless, as the mobile gaming industry has grown into an estimated $25 billion market, and competitors such as Sony begin making more games available on other consoles, it appears that Nintendo has caved into the pressure.

“The company seems to have totally changed its mind-set, after having resisted against mobile game development, publicly complained about the low quality of content in mobile and played down its role in the game world overall,” said Serkan Toto, a Tokyo-based game consultant. “This is about the most drastic, bold shift in strategy Nintendo could have undertaken.”

Nintendo and DeNA will team up to develop a “multi-device membership service for the global market," available next fall for PCs, smartphones, tablets and also Nintendo gaming consoles, according to the report. Nintendo President Satoru Iwata said at a news conference on Tuesday that he hopes the service will allow the company to reach hundreds of millions of new users, while the company remains committed to its own lineup of gaming devices.

irfaanfaki
This is the one id love to see personally.
Score: 45 Votes (Like | Disagree)

Sandstorm
I knew they would surrender (to common sense) sooner or later. But I can't believe it took THIS long.

As much as I respect them for their historic achievements, the present day Nintendo has become the Blackberry of gaming world, imo. Stubborn morons. :rolleyes:
Score: 33 Votes (Like | Disagree)

ejisfun
Guys, check out other sources on this news. They're not porting old games to smartphones:


During the joint press conference with DeNA, Iwata clarified that Nintendo will not port videogames created for dedicated consoles to smart devices. He went on to say that Nintendo intends to use smartphone games to draw consumers to their dedicated videogame platforms, and that the company maintains its passion for dedicated game devices and game experiences that offer good value to customers.

bushido
I wouldn't get my hopes up. probably just freemium titles that would want you to get more but only on their Nintendo platforms
Score: 17 Votes (Like | Disagree)
Read All Comments