Apple today notified its employees about a new volunteer program that it's launching, which is designed to encourage Apple employees in select locations to volunteer in their local communities.

Under the new Apple Global Volunteer Program, Apple is offering employees a way to receive training and tools to help them create and publicize local volunteer events to better their communities. The program, currently available in the United States, Sydney, and Cork, also aims to help employees find activities to volunteer for. 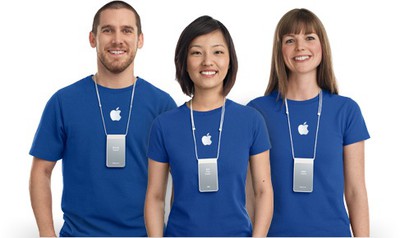 Since its launch in 2011, the Apple Matching Gifts Program has been an astounding success, with a combined total of over $78 million donated to charities and non-profits around the world. Now employees in the U.S. have a new way to make an even bigger impact on the causes they care about where they live: the Apple Global Volunteer Program. The program empowers employees to become Volunteer Champions and receive training and tools to help organize and publicize volunteer events in their communities. It also makes it easy for employees to find activities where they can volunteer their time and qualify for Matching Gifts. Right now we're piloting the program in the U.S., Sydney, and Cork with the goal of expanding it worldwide in the future.

Apple's Matching Gifts Program [PDF] has existed since 2011, seeing the company match the money its employees contribute to charities (up to $10,000 per employee per year), but with the expansion, Apple also began matching time volunteered. As of October 2014, Apple donates $25 per hour to any non-profit where an employee volunteers.

As stated in the memo sent to employees, Apple's charitable efforts have thus far raised a combined total of $78 million for charities and non-profit organizations around the world.

Alith
Or they could just reduce their massive and ethically incomprehensible tax avoidance, which would pump money into communities commensurate with the amount of money they make out of those communities and act as a shining example for all the other multinationals that take the piss as well.
Score: 16 Votes (Like | Disagree)


Right, because Apple only has 1 team that does EVERYTHING!
Score: 11 Votes (Like | Disagree)

Does anyone know if there is an Apple internal "approved charity list" or does any local jurisdiction non-profit qualify?


Presumably any charitable organization under section 501(c)(3) of the tax code would qualify.

It's things like this that make me think I'd hate to work for Apple.


And it's also why you'd probably never get a job there.
Score: 9 Votes (Like | Disagree)


That this is the first reaction to this news is pretty sad.

Oh well, I guess to be first, it helps if there is no thought or depth behind it.
Score: 8 Votes (Like | Disagree)
Read All Comments

Monday June 14, 2021 3:41 am PDT by Tim Hardwick
This year's Apple Watch Series 7 is likely to have thinner display bezels and use a new lamination technique that brings the display closer to the front cover, according to Bloomberg's Mark Gurman. From the report: The Cupertino, California-based tech giant is planning to refresh the line this year -- with a model likely dubbed the Apple Watch Series 7 -- by adding a faster processor,...
Read Full Article • 164 comments

Monday June 14, 2021 8:00 am PDT by Eric Slivka
We've seen a lot of teasers about the Beats Studio Buds over the past month since they first showed up in Apple's beta software updates, and today they're finally official. The Beats Studio Buds are available to order today in red, white, and black ahead of a June 24 ship date, and they're priced at $149.99. The Studio Buds are the first Beats-branded earbuds to truly compete with AirPods...
Read Full Article • 160 comments

Monday June 14, 2021 12:50 pm PDT by Juli Clover
Some M1 iMacs appear to have a manufacturing defect that causes the display to be mounted on the stand in a way that's not perfectly aligned, leading to a crooked display. YouTuber iPhonedo over the weekend published a review of the M1 iMac, and he found that his machine appeared to be tilted on one side, a mounting disparity that was visibly noticeable and proved with a ruler. Another...
Read Full Article • 173 comments