Apple announced a new 13-inch MacBook Pro and new MacBook Air models on Monday, which means prices for older models are dropping rapidly. Best Buy has discounted much of its iPad Air 2 stock, dropping prices by $50 to $100, so it's an excellent time to pick up a new iPad if you've been waiting for a deal.

We've also got discounts on a range of Apple accessories like a monitor stand and a mobile MacBook charger, plus we've rounded up some of the best app sales of the week. 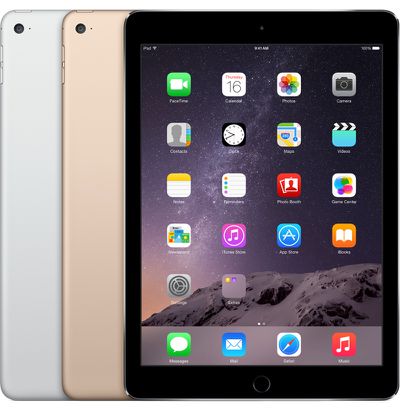 Best Buy and B&H Photo are continuing to offer discounts on their remaining stock of now-discontinued higher-capacity original iPad Air models, dropping prices as much as $180.

Best Buy has a sale on its original iPad mini stock, discounting the 16GB tablet by $30, which drops the price to $219.99. It's available in Silver and Space Gray.

Best Buy and Amazon have remaining stock of now-discontinued higher-capacity iPad mini 2 models, which are a good deal if you're looking for an iPad mini. Compared to the iPad mini 3, the iPad mini 2 only lacks Touch ID.

In case you missed it, Apple dropped the price on the Apple TV from $99 to $69 dollars on Monday. It's available from Apple.com and from Best Buy at that price point.

8Bit Dove was named Apple's app of the week this week, and it will be available to download for free for the next six days.

For a limited time (until March 14) Target is offering 10 percent off all Apple products and accessories through its Cartwheel app, including the iPad, iPhone, and all cases and other accoutrements.

StackSocial is selling the Quirky "Space Bar" Monitor Stand with 6 USB ports for $69, down from $99. It's available in black and white. StackSocial also has the BatteryBox MacBook Air & Mobile Device Charger for $139, down from $220.

Earskinz is having a buy one get one free promotion on its website, with the promo code COLORS. LivingSocial is selling Apple EarPods for $13.99, down from $29.

SkinIt, a site that makes custom skins for a wide range of devices from the iPhone to the MacBook, is offering a special deal buy one get one 50 percent off deal for MacRumors readers. With the code MACRUMORS, you can get 50% off a second skin after purchasing one skin.

Razeus
It's pretty clear why Apple has such trouble selling these:

1) You don't need to upgrade the iPad as often.

mabhatter
Target has a sweet Cartwheel deal for 10% off what's in store. Combine another 5% for Pharmacy Rewards and 5% for their debit card for almost 20% off a new iPad air 2.
Score: 1 Votes (Like | Disagree)
Read All Comments