Apple could be planning to introduce the much-rumored 12-inch Retina MacBook Air during its March 9 Apple Watch event, according to one site that claims to have sources within Apple. The Michael Report believes Apple will use the event to debut the ultrathin MacBook, which is rumored to have a Retina display and a redesigned chassis.

Many are expecting Apple talk more about the Apple Watch. However, sources familiar with the matter within Apple have exclusively told The Michael Report that Apple plans to unveil the long-awaited Retina MacBook Air at the same event. The Michael Report has independently verified this information to be highly credible.

While there have been no concrete rumors from major sites linking the Retina MacBook Air to Apple's March 9 event, previous rumors have indicated that Apple is planning for a spring release. Apple supplier Quanta is said to have begun mass production of the notebook in January, and KGI Securities analyst Ming-Chi Kuo predicted a March launch for the MacBook. 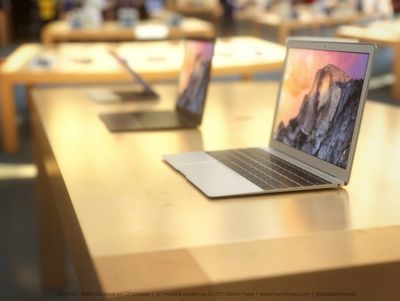 Along with a Retina display, the 12-inch MacBook Air is rumored to come without a fan assembly for silent operation, made possible by the aforementioned Core M chips, and it may also include a revamped trackpad that does not incorporate a mechanical button. It is said to feature smaller bezels in a Retina MacBook Pro-style black, a keyboard that stretches right to the edges of the machine, and speakers that are located above the keyboard.

The Michael Report has a mixed track record when it comes to rumors. The site accurately predicted some design elements of the iPad Air 2, but its predictions may have been based on dummy models that were circulating around the Internet at the time. The site also shared details on the iPhone 6 and 6 Plus ahead of their launch, inaccurately calling the iPhone 6 Plus the "iPhone 6L" and suggesting the iPhones would come with quad-core processors and sapphire displays.

More details about what Apple plans to unveil at its Monday, March 9 event may come out through the week. Thus far, many sites have agreed that the focal point of the event will be the Apple Watch, with Apple unveiling new details about the device like its price and its official launch date.

Crosscreek
Not interested in the watch but may watch if a new Air will be announced.
Score: 26 Votes (Like | Disagree)

tom vilsack
Speakers at top,really thin bezel? I think I already own it. :cool: 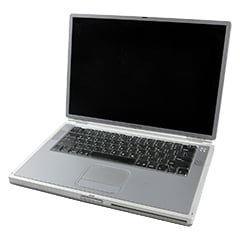 AngerDanger
The March 9th media event has "Spring Forward" as its tagline, so if the Air refreshes are included, it's safe to assume the magnets will be replaced with spring mechanisms, allowing your computer to jump open at the slightest touch.
Score: 13 Votes (Like | Disagree)
Read All Comments