Now it’s easier than ever to manage external testers in TestFlight. Organize your testers into groups to quickly send specific builds, provide separate instructions on where to focus, and apply an action to several testers at once in TestFlight.

TestFlight is a beta testing service provided through iTunes Connect, allowing for registered developers to iron out any significant bugs or issues in their apps before making them available on the App Store. Following the integration of TestFlight into iTunes Connect last September, Apple recently confirmed that it will be shutting down the standalone TestFlight website on February 26. 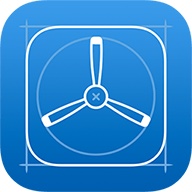 
Image (https://cdn.macrumors.com/article-new/2014/10/testflight.jpg)Apple on Thursday announced TestFlight Groups (https://developer.apple.com/news/?id=02122015b), a new feature that gives developers more control over organizing external beta testers into groups. TestFlight Groups enables developers to distribute specific builds of pre-release apps, deliver separate instructions for focus areas and apply an action to multiple testers at onceTestFlight is a beta testing service provided through iTunes Connect, allowing for registered developers to iron out any significant bugs or issues in their apps before making them available on the App Store. Following the integration of TestFlight into iTunes Connect (https://www.macrumors.com/2014/09/05/apple-testflight-going-live/) last September, Apple recently confirmed that it will be shutting down the standalone TestFlight website (https://www.macrumors.com/2015/01/26/testflightapp-shutdown-february/) on February 26.


Too bad Apple didn't use this on Yosemite's Beta. then we might not have the WiFi problem and assorted other bugs.
Score: 1 Votes (Like | Disagree)
Read All Comments

Saturday January 23, 2021 11:02 am PST by Frank McShan
Microsoft yesterday shared a new ad on YouTube titled "Microsoft Surface Pro 7: The Better Choice," in which the company compares its tablet computer to Apple's 13-inch M1 MacBook Pro, as spotted by MSPoweruser. The ad highlights the Surface Pro 7's touchscreen and included stylus as opposed to only a "little bar" (the Touch Bar) on the MacBook Pro. Other advantages of the Surface Pro 7...
Read Full Article • 359 comments

Monday January 25, 2021 6:30 am PST by Joe Rossignol
Apple today officially introduced Time to Walk, a new feature for Apple Fitness+ subscribers with audio stories from influential people that Apple Watch users can listen to with AirPods or other wireless headphones while walking. Time to Walk episodes will be automatically downloaded to the Apple Watch with a Fitness+ subscription, and users can start an episode directly from the Workout...
Read Full Article • 67 comments