Passengers on select JetBlue Airways flights will be able to use Apple Pay to purchase things in-flight starting next week, according to USA Today. It will become the first airline to accept Apple Pay in-flight. 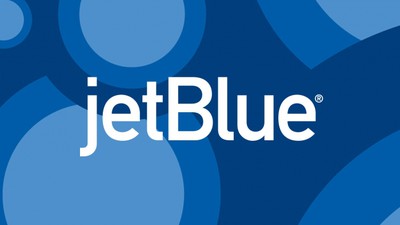 Starting next week, passengers on select JetBlue Airways flights can use Apple Pay on their iPhone 6 and 6 Plus handsets to buy food, drinks and certain onboard amenities when the plane reaches cruising altitude. You'll be able to upgrade to available premium seats, too.

Eddy Cue, Apple's VP for Internet software and services, told USA Today that "somebody else doing it always puts pressure on the other guy" and that other airlines could follow suit.

JetBlue's flight attendants will have iPad minis outfitted with a special case that will accept both credit cards and Apple Pay. Starting next week, only intercontinental flights from JFK to Los Angeles and San Francisco will accept Apple Pay, with additional flights in March and plans for all JetBlue flights to accept the payment service in June. Like iPhone 6 and 6 Plus, the upcoming Apple Watch will also work with the system.


Cue notes that expanding Apple Pay into areas like travel is important. "Most people would prefer not to carry cash or worry about cash. There's a lot of opportunity there," Cue told USA Today. Apple would like to expand to subways and public transportation, but Cue said working with local governments and gaining funding for those initiatives moves slower than they would like. He says the eventual plan is to completely replace the wallet, and that Apple Pay is only the start.

Apple has continued to work with third parties to expand Apple Pay's reach, most recently having ChowNow update nearly 700 food and restaurant apps with the payment service.

ggt
Apple Pay really seems to be taking off...
Score: 30 Votes (Like | Disagree)

Apple Pay really seems to be taking off...

technima
Unlike Google Wallet you won't have to pay for inflight WiFi to use Apple Pay. Google Wallet requires that you use it with an internet connection at least once a day, Apple Pay doesn't.

With the U.S. finally getting Chip & PIN


We're not getting chip & pin, we're getting the inferior chip & signature.
Score: 3 Votes (Like | Disagree)

Some UK supermarkets are trialling their own apps that link to your creditcard so I really can't see Apple Pay getting anywhere over here.

Certainly something I'm not bothered about and my friends with the iPhone 6 just wanted normal NFC.

Why not? Apple Pay will work with all of those existing NFC terminals. You guys already have a decent NFC terminal penetration. The whole thing about the supermarkets allowing you to link your own cards thing sounds like CurrentC that we are getting here at Walmart, and others. Just like how I don't see CurrentC stalling Apple Pay, it won't stall it in the UK either once available.

With the U.S. finally getting Chip & PIN, we have to replace all of the terminals anyway and pretty much everybody except Walmart and Best Buy will have it. (Though Walmart already has Chip & PIN, no NFC).

It's amazing last year I barely was able to tap my NFC card, now I'm able to pay with Apple Pay at 70% of places I shop at. The numbers are growing people.
Score: 3 Votes (Like | Disagree)

My understanding is that if you don't have a PIN, you won't need a data connection to pay with Google Wallet. The "once a day" requirement, I think, is just a security measure, but is not a requirement at the time of payment.

Its more about your purchased datas...
Score: 3 Votes (Like | Disagree)
Read All Comments