Samsung in Talks to Buy BlackBerry for $7.5 Billion [Updated]

Samsung has recently been in talks with BlackBerry about a potential takeover, reports Reuters. The South Korean company has reportedly offered to buy BlackBerry for $7.5 billion, in the hopes of acquiring BlackBerry's extensive patent portfolio. Executives from both companies are said to have met last week in order to discuss the potential deal.

South Korea's Samsung proposed an initial price range of $13.35 to $15.49 per share, which represents a premium of 38 percent to 60 percent over BlackBerry's current trading price, the source said.

The offer price would imply an enterprise value of $6 billion to $7.5 billion for BlackBerry, assuming conversion of $1.25 billion of convertible debt, according to the documents.

BlackBerry has struggled with flagging sales in recent years, and in 2013, the company received a takeover bid worth $4.7 billion from Fairfax Financial, but the deal ultimately fell apart. BlackBerry went on to receive interest from both Apple and Microsoft, among others, but was uninterested in breaking up the company to sell it piecemeal.


Ultimately, the company accepted investments and aimed to re-establish itself in the smartphone market, which led to the launch of the Passport, a large square-shaped phone, and the Classic, a throwback to original BlackBerry designs.

BlackBerry holds quite a few valuable patents, which are estimated to be worth $1 billion to $3 billion. In 2012 alone, its patent portfolio grew by 986 patents, many of which are relevant to competing smartphone companies like Samsung.

Update 2:40 PM PT: BlackBerry has issued a press release claiming that it has not communicated with Samsung about a possible purchase.

Silencio
A visual representation of this potential merger: 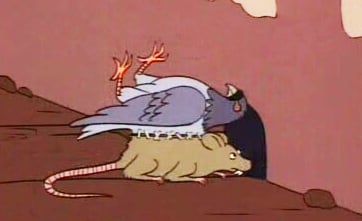 iLoveiTunes
"in the hopes of acquiring BlackBerry's extensive patent portfolio"

You sir are completely uninformed. Just because Blackberry is dead in America, doesn't mean it's not thriving in other countries. BBM is still the most used messaging app in the world and the most secure. It puts iMessage/facebook msg/kik/whatsapp/ (insert your crappy messenger here) ... all to shame.

That would be Apple buying Beats.


Beats makes tons of profit, BB doesn't. Who's the smart one again? LOL.

I came here and I'm signed into the forums? But I cannot recall registering an account on SamsungRumors.


Considering that there are lots of Samsung trolls on this board, why not Samsung news?
Score: 14 Votes (Like | Disagree)

bernuli
If Blackberry's patents are worth so much, why don't they just use them.
Score: 12 Votes (Like | Disagree)

Friday August 12, 2022 12:46 pm PDT by Juli Clover
Samsung this week launched its fourth-generation foldable devices, the $1,000 Galaxy Z Flip and the $1,800 Galaxy Z Fold. Though there's no sign of a comparable Apple foldable device on the horizon, rumors suggest prototypes are in the works, so we thought we'd take a look at Samsung's newest smartphones to see what Apple needs to measure up to when a foldable iPhone does come out. Subscribe ...
Read Full Article • 314 comments