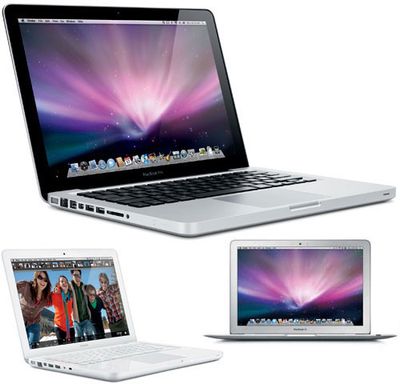 The plaintiffs claim Apple in May 2010 stated selling defective MacBook, MacBook Pro, and MacBook Air notebooks with logic boards that failed within two years. Apple was accused of misrepresenting the faulty notebooks by advertising them as "state of the art" and the "most advanced" notebooks on the market. According to the suit, Tim Cook allegedly was made aware of the logic board issue in 2011 but did nothing to remedy the issue.

In his dismissal of the suit, Alsup said the plaintiffs failed to show that Apple's notebooks were of a substandard quality, noting that both plaintiffs were able to use their computers for a reasonable amount of time.

"Plaintiffs have failed to allege that Apple's logic boards were unfit for their ordinary purposes or lacked a minimal level of quality," Alsup wrote. "Both plaintiffs were able to adequately use their computers for approximately 18 months and two years, respectively."

Alsup also refuted the plaintiffs' claim that Apple misrepresented its products. Following this dismissal, the plaintiffs have until January 22 to amend their lawsuit.

Apple is facing another MacBook-related lawsuit that accuses the company of selling MacBook Pro models with defective graphics cards. This second suit is the result of a growing number of consumer complaints citing screen glitches, GPU failures, and system crashes in Apple's 2011 line of MacBook Pro notebooks.

JoeG4
Admittedly the 1 year warranties are a bit scummy. If Apple product quality is supposed to be the best why aren't Macs coming with 3 year warranties like high end products from other companies do.
Score: 21 Votes (Like | Disagree)

TEG
Considering the average computer has a life span of 5 years, and the average Mac is nearly double that, the 18 month statement is highly ignorant.
Score: 14 Votes (Like | Disagree)

Both plaintiffs were able to adequately use their computers for approximately 18 months and two years, respectively.

Can't make that up. :eek:
I wouldn't want to add that into the next ad-campaign, though. :p
Score: 7 Votes (Like | Disagree)

We've had to replace several 2010 & 2011 MBPs in recent months, all failing with graphics cards issues. It's a real pity, as otherwise they were still running great - fast, no fan issues, no battery issues. By comparison we had several 1st gen Intel MBPs and those were dreadful, random shutdowns, failing power adaptors, bulging batteries, melting cables, fans failing... On the plus side, I got a 2013 Retina MBP with SSD so no complaints.
Score: 6 Votes (Like | Disagree)

n-evo
Saying it's reasonable for a fairly expensive notebook like a MacBook (Pro) to fail after just two years is laughable.
Score: 5 Votes (Like | Disagree)
Read All Comments