Earlier this week, BBC One announced plans to air a documentary called Apple's Broken Promises, detailing the factory conditions of the overseas workers who are creating components and assembling the company's iPhones.

Apple's Broken Promises is set to air tonight, but ahead of the documentary's launch, BBC News has published a story outlining what they discovered when they visited Pegatron factories in China and mines in Indonesia.

During the visit, the BBC found that workers at Pegatron factories were forced to put in long hours assembling Apple devices, and that there were violations with ID cards, dormitories, work meetings, and juvenile workers. 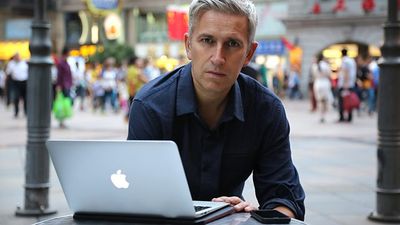 Multiple reporters went undercover at the factory as part of the documentary, and one did not receive a day off after working 18 days in a row while another was exhausted by the long hours. There were also workers who were filmed falling asleep during 12-hour shifts.

One undercover reporter, working in a factory making parts for Apple computers, had to work 18 days in a row despite repeated requests for a day off.

Another reporter, whose longest shift was 16 hours, said: "Every time I got back to the dormitories, I wouldn't want to move.

"Even if I was hungry I wouldn't want to get up to eat. I just wanted to lie down and rest. I was unable to sleep at night because of the stress."

Undercover reporters were forced to do overtime, which is supposed to be voluntary, and the housing conditions were less than desirable, with one reporter subjected to a dormitory where 12 workers shared a single room. Another reporter had to attend after work meetings off the clock, receiving no compensation.

In response to the BBC's allegations, Apple released a statement suggesting that it's doing more than any other company to improve working conditions for factory employees. The company also said it monitors working hours at Pegatron, with employees at the factory averaging 55 hours per week.

"We are aware of no other company doing as much as Apple to ensure fair and safe working conditions.

"We work with suppliers to address shortfalls, and we see continuous and significant improvement, but we know our work is never done."

Apple also told the BBC that the overcrowding in the dormitory has been resolved, and that suppliers are required to retroactively pay workers if they have not received compensation for meetings.

The BBC's trip to Indonesia led the documentarians to allege that tin from illegal mines could be entering Apple's supply chain without its knowledge. Children were found digging tin ore in dangerous conditions, with the tin eventually being sold to a smelter that's on Apple's list of suppliers. Apple told the BBC that the situation in Indonesia is "complex" as thousands of miners sell tin through middle men.

Apple often finds itself in the spotlight over the conditions at the factories where its product components are produced, but over the last few years, the company has established a strict code of conduct for suppliers that prevents underage labor and provides safe, comfortable working and living conditions for workers.

Apple also maintains a Supplier Responsibility Team that performs regular audits to ensure compliance, but factory conditions continue to be an ongoing issue for Apple due to both the sheer number of suppliers the company works with and the fact that factories benefit from producing large quantities of product at a low cost.

The full documentary will be shown on BBC One on December 18 at 9:00 PM U.K. time, and it will be replayed later on BBC iPlayer.

Update: The BBC has added a video clip from the documentary.


Note: Due to the political nature of the discussion regarding this topic, the discussion thread is located in our Politics, Religion, Social Issues forum. All forum members and site visitors are welcome to read and follow the thread, but posting is limited to forum members with at least 100 posts.
Tag: Supplier Responsibility
[ 489 comments ]

macintologist
You want to be careful with journalism as a truth-seeking enterprise. Remember that the point of journalism is to sell a story, and stories don't go over well if they are nuanced, complicated and don't neatly fit into a pre-existing narrative. If they found video footage of employees being satisfied, they wouldn't include that in the documentary because it makes the story less compelling.

Beware of the narrative. The truth is complicated and messy. This documentary represents a slice of the truth, but it's not the whole truth.
Score: 49 Votes (Like | Disagree)

So instead of presenting these findings to Apple and actually trying to improve the situation, they are going to capitalize on it by making a "documentary" for more $$$? Disgusting.


You obviously don't know how the BBC is funded.
Score: 40 Votes (Like | Disagree)

Gav2k
Yet they fail to report that these hard done by people are paid a fair wage by there countries going rate and there there by CHOICE. It's not forced labour!
Score: 37 Votes (Like | Disagree)

You know, I'd like to know how many people BBC has lifted our of a subsistence farming way of life?

Also, how many UNPAID interns helped put this crap together? Hypocrisy Much?

Oh, they're not gonna talk about that at all? Yeah, that's what I thought. :rolleyes:
Score: 25 Votes (Like | Disagree)

Digital Skunk
I don't ask the folks at Apple Retail if they've gotten enough rest. I don't ensure the ARS employee's safety. That's the job of the employer.

I don't understand how it's Apple's or Dell's or HP's responsibility to ensure FOXCONN workers are getting enough rest.

Not trying to be an Apple apologist here, just saying that Apple and the rest may want to pull their business if they know something is up, but it's not their responsibility to make sure folks in another company aren't working themselves too hard.

There's a lot of fabrication in documentary story telling. The most recent one I can recall is 12 O' Clock Boys, which is total garbage.
Score: 23 Votes (Like | Disagree)

8281
I sympathize with the workers and it's good to raise awareness, but to focus only on Apple is a little disingenuous. Every tech company probably sources some components from factories with questionable labor practices.

That said, maybe this will motivate other companies to hold their suppliers accountable.
Score: 20 Votes (Like | Disagree)
Read All Comments