The Los Angeles Unified School District (LAUSD) today officially ended a $1.3 billion education initiative that would have seen all students in the Los Angeles school district outfitted with an iPad, reports the Los Angeles Times. LAUSD superintendent Ramon C. Cortines clarified that the district was not going to use "the original iPad contract" anymore.

"We're not going to use the original iPad contract anymore," Cortines said Tuesday. "I think there have been too many innuendos, rumors, etc., and based on my reading of a great deal of material over Thanksgiving, I came to this conclusion.

"As CEO and steward of a billion-dollar operation, I have to make sure things are done properly so they are not questioned."

Cortines' official statement comes just a day after the FBI seized 20 boxes of documents from the L.A. school district as part of an investigation into the district's contract with Apple. The FBI is reportedly looking into the bidding that led to deal, which would have seen the district spending $500 million on iPads and curriculum and $800 million on staff, improved broadband, and other expenses. 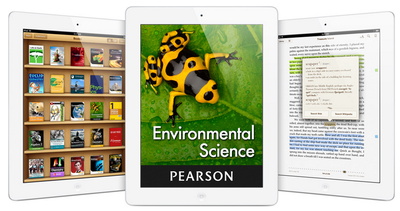 In question is the relationship between Apple executives and former L.A. superintendent John Deasy, who resigned in October. Deasy has said that he did not do anything wrong when securing the deal, but there has been speculation that the bidding process for the deal was modified to favor Apple and Pearson, the company providing content for the devices.

The contract between the Los Angeles Unified School District and Apple was first suspended back in August after Deasy's ties to Apple executives first became apparent, but the district was still planning to spend millions of dollars on iPads up until this week.

Apple's deal with the Los Angeles Unified School District was formed under Deasy in an effort to give all students in the district equal access to technology. A $30 million agreement was signed last year to facilitate an early rollout of the program to 47 schools, which was expected to lead to a larger deal between the two.

Initial testing unveiled quite a few problems with the program, including an issue that saw students discovering security workarounds to freely access content on the iPads, which led to a home use ban on the devices. Despite the cancellation of the current contract with Apple, the L.A. School District plans to continue moving forward with its technology program, shifting towards Chromebooks and other laptops.

US tax dollars should be spent on Korean products? No thanks.

Should have given a Korean company a chance.....


US tax dollars should be spent on Korean products? No thanks.
Score: 37 Votes (Like | Disagree)

A MacBook lover
With Wikileaks founder saying that Google is working for the state department, FBI getting mad at Apple over encryption, and this. It's starting to sound alot like US GOV vs Apple. And the GOV (and Google) are pulling all the stops into slicing Apple with lawsuits and undercutting products.

Yet again, the kids lose because of "adult" chicanery.


The kids lose??? You make it sound as if the iPad is a replacement for a good teacher. I still remember my tough as nails German engineer turned teacher who retired from Motorola in the 80's. That guy was brutal when I first started but after everything was said and done I received an A in that class; that was 17 years ago. I gained that guys respect due to hard work and motivation and I did not need a tablet to do it. I don't even remember the car I was driving but I still remember his name to this day.
We need better teachers; not tablets thrown in front of our kids. Please don't say that kids will lose because to me that's an insult to good teachers around the country who would never use a tablet as a primary teaching tool.
Score: 21 Votes (Like | Disagree)


Better than completely foreign, is it not? Or are we being completely daft here?
Score: 15 Votes (Like | Disagree)
Read All Comments