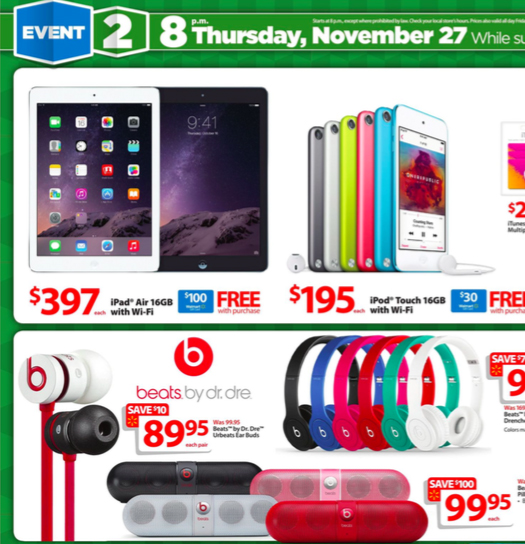 For more Black Friday discounts, make sure to check our Black Friday roundup often which will be updated as more deals on Apple-related products are announced.

Zxxv
only available if you use apple pay

2457282
No Apple Pay support? Sorry, Staples and Office Depot are offering competitve sales and support Apple Pay, so no thanks Walmart. Hope that CurrentC thing works for you - he says as he walks away laughing hysterically.
Rating: 1 Votes

tommyboy21
Seems strange there is no iPad Air 2 deal. Oh well, I guess that means either Target or Best Buy will be the best option.
Rating: 1 Votes
[ Read All Comments ]