Friday November 7, 2014 6:37 am PST by Kelly Hodgkins
A growing number of Nest owners are reporting issues with the latest version the Nest Mobile app [Direct Link] that was released on Friday. According to posts on Nest forums, the 4.4.0 version of the app crashes immediately on launch for many users who are running iOS 8.x. This glitch reportedly is affecting recent iPhone models including the iPhone 6, iPhone 6 Plus, iPhone 5s and iPhone 5.

I just downloaded the update to the Nest Mobile App for iOS (version 4.4.0) and the App Crashes immediately upon launch. I am running the latest version of iOS (8.1) on my iPhone 5s. I had no issues with the previous version of the Nest app. I tried to delete the app and reinstall it but it still crashes when launched.

Fortunately, I still had the previous version of Nest Mobile in iTunes on my PC and was able to copy it over to my iPhone. -Nest forum member Columbus_George.

The Nest 4.4.0 update included a handful of small improvements, such as expanded weather and time zone support and improved thermometer history. Users who are experiencing the crashing glitch can restore the previous 4.3.1 version of the app from their iTunes app library. 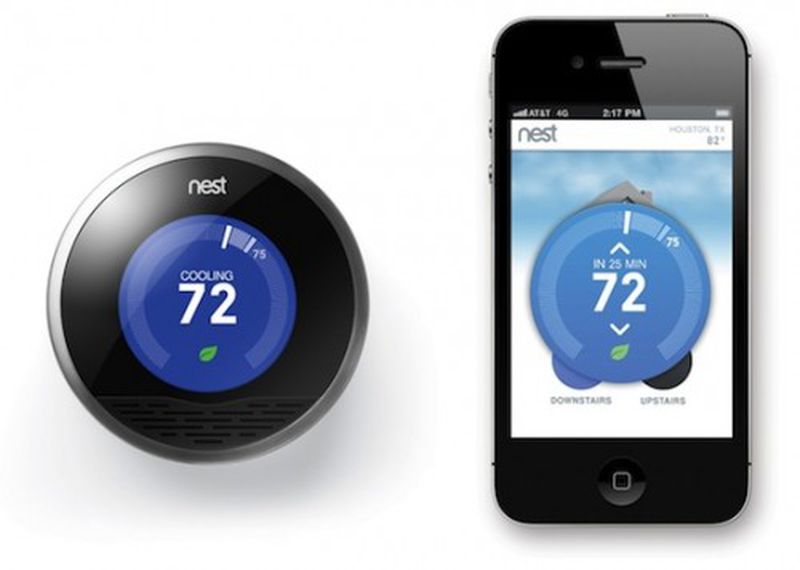 Founded by former Apple engineers Tony Fadell and Matt Rogers, Nest Labs was acquired by Google in a $3.2 billion deal that closed earlier this year. Under Google's guidance, Nest acquired video-monitoring and security startup Dropcam and opened its API to third-party products and services.

Update: Nest's Tony Fadell confirmed via Twitter that the company is aware of the issue and working on a fix. The Nest Mobile app also has been removed temporarily from the iOS App Store.


Your loss - I think the Nest is excellent, and proudly recommend it.
Rating: 14 Votes

proline
This is expected. You don't sell out to Google because you care about the quality of your product.
Rating: 13 Votes

This is expected. You don't sell out to Google because you care about the quality of your product.


WTF is that supposed to mean?
Rating: 8 Votes

It's a good thing people don't use thist Nest thing for any thing really important. :p


Just because the Nest App is crashing doesn't mean that the actual Nest is no longer functioning. It merely means you can't connect to the thermostat remotely. If you NEED to connect remotely immediately, roll back to the last version. Otherwise, just wait a couple of days and I'm sure they'll roll out a fix.

I feel it's important to say that I am a Nest owner and that I'm not upset. It'll be fixed soon enough.
Rating: 7 Votes


Are you saying this because of a bug in one of their software updates? Luckily that never happened to Apple :rolleyes:
Rating: 4 Votes

Patriot24
Bummer, but will be fixed in an update shortly in all likelihood.

This article is screaming "take free shots at a Google product!" There are a lot of apps that have issues, but they don't get their own article here.
Rating: 4 Votes

darkfiber
Wow, I'm famous. I'm the Columbus_George they quoted from the Nest forums in this article. :D
Rating: 3 Votes


I bought this because of the energy savings features but the iPhone app has been a nice extra... For example, on my way home from vacation I've been able to turn it off of Auto Away mode an hour or 2 away from the house to start getting the house warmer/cooler for us. If you think your Honeywell (or whatever brand you're using) thermostat is just as good you're wrong - the features in this thermostat are fantastic. I've literally noticed a dramatic decrease in our bills.
Rating: 3 Votes

Do you think it would be too much to ask for Apple to at least make sure it starts up before approving the update? Or do they just check for initial releases?


Wait. Now Apple has to do QA for other companies too? Shouldn't Google/Nest make sure that their own app works on devices before submitting it?
Rating: 3 Votes