Court Rules Police Can Force Users to Unlock iPhones With Fingerprints, But Not Passcodes 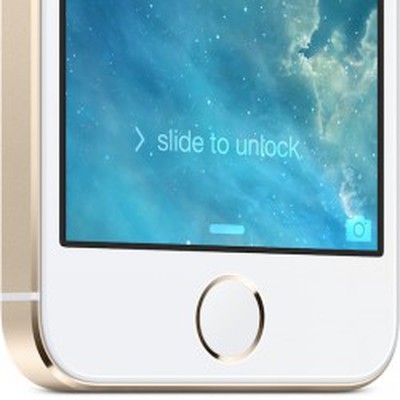 A Circuit Court judge in Virginia has ruled that fingerprints are not protected by the Fifth Amendment, a decision that has clear privacy implications for fingerprint-protected devices like newer iPhones and iPads.

According to Judge Steven C. Fucci, while a criminal defendant can't be compelled to hand over a passcode to police officers for the purpose of unlocking a cellular device, law enforcement officials can compel a defendant to give up a fingerprint.

The Fifth Amendment states that "no person shall be compelled in any criminal case to be a witness against himself," which protects memorized information like passwords and passcodes, but it does not extend to fingerprints in the eyes of the law, as speculated by Wired last year.

Judge Steven C. Frucci ruled this week that giving police a fingerprint is akin to providing a DNA or handwriting sample or an actual key, which the law permits. A pass code, though, requires the defendant to divulge knowledge, which the law protects against, according to Frucci's written opinion.

The ruling stemmed from a case involving David Baust, who was accused of strangling his girlfriend. Prosecutors believed Baust may have stored video of the attack on his phone, and requested that the judge force him to unlock it. If protected by a passcode, Baust will not be required to unlock his phone under the Fifth Amendment, but if protected with a fingerprint, he could potentially be forced to unlock the device.

If Baust's phone is an iPhone that's equipped with Touch ID, it's very likely that it will be passcode locked at this point and thus protected by law. Touch ID requires a passcode after 48 hours of disuse, a restart, or three failed fingerprint entry attempts, and the device has probably been in police custody for quite some time. It is unclear if the judge's ruling will have an impact on future cases involving cellular devices protected with fingerprint sensors, as it could be overturned by an appeal or a higher court.

flash84x
So if you get arrested, turn off your phone. It requires a passcode after a reboot.
Score: 115 Votes (Like | Disagree)

flash84x
Apple should let us enroll a "distress finger". So that when it is used it wipes the device.
Score: 75 Votes (Like | Disagree)

Yet another reason to not buy a device with Touch ID...


That's a stupid reason. You can always opt to not use it if you're this paranoid.
Score: 53 Votes (Like | Disagree)
Read All Comments